A/N: The Modise Twins Renovacy was created by SamelaRita.
Back story and download info are found => HERE

Twin teens take turns going to school so one is always home to care for the toddlers, they pretend to be one Sim so it’s harder to trace them. Otherwise … off to Darkwood House these six orphans will go.

Darkwood House where …
* They don’t support sending orphans to university even if scholarships are offered
* They’re really strict with rules
* No privacy for younger Sims
* Where the twin toddlers, Marie and Pierre, will be separated via adoption

Astrid and Stella Modise have become Astrid-Stella and heavily guard their secret.
Will their efforts be enough?
Will they survive the pressures of school and keeping a roof over their head?

Astrid-Stella takes turns reading books at the library or teaching skills at home.

Another day, Astrid-Stella tries catching various birds since they fetch a decent price at the pet store.
Sometimes she’s successful, other times not so much.

Younger Sims seem to have an easier time coaxing little birds onto their arms.
They also seem to have a knack for locating rarer finds!

The street they live on doesn’t have a school bus stop – it’s a good thing they have bicycles!

Astrid-Stella is usually busy with the toddlers & doesn’t always notice the middles not arriving home when expected.

A/N: It’s mostly me forgetting to pay attention to time and not sending them home, lol

Two timely opportunities midway through the season makes fixing up the run-down cabin easier than it had been before. 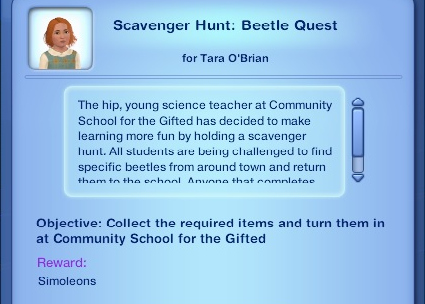 A/N: Seasons are set to 7 days each

Pablo and Tara have also mastered cooking with the toy oven.

Marie and Pierre are able to walk, talk and use a potty chair without assistance. They have also become quite proficient with the peg box and xylophone. Both are almost done with all of the toddler books at the local library because Astrid-Stella makes reading time fun by using various character voices!

As for the cabin …
It’ still very much a work-in-progress but no longer looks like an eyesore. 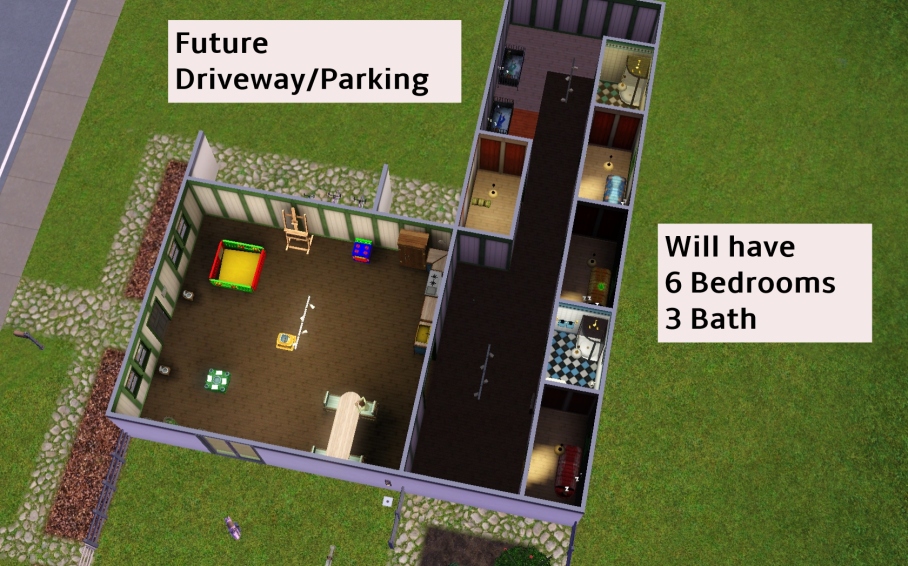 The larger room will eventually be an open living/dining/kitchen area.
There will be a total of 6 bedrooms and 3 bathrooms.
The hallway has room for a few skill items on the one end.

When at home, they spend most of their time in the larger room so more progress has been made there. 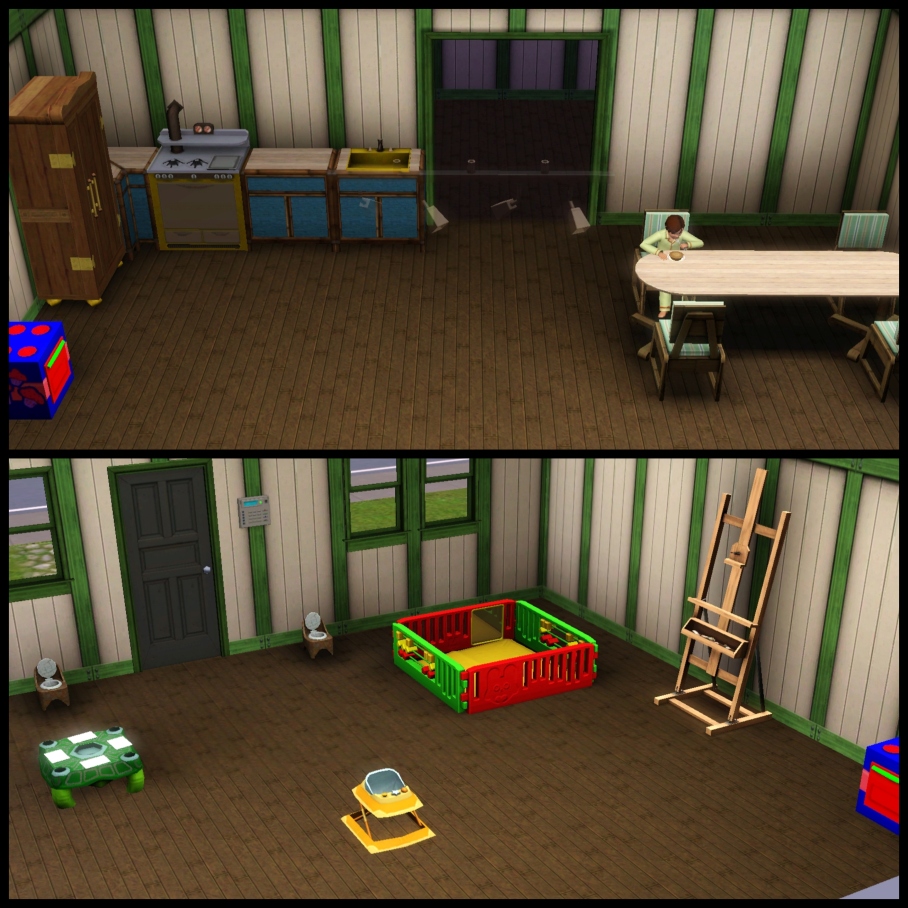 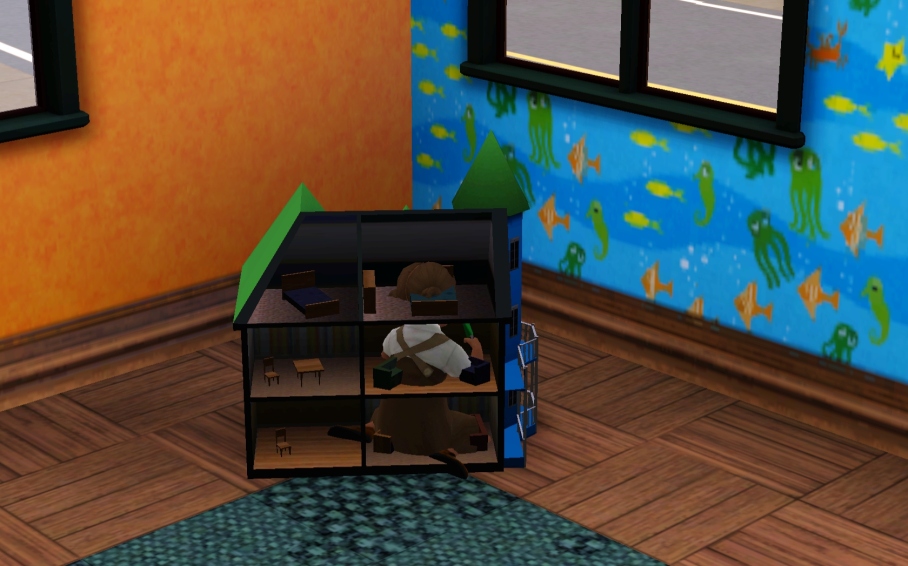