Some days are easier than others to get up and get going. Obviously today is not one of them. 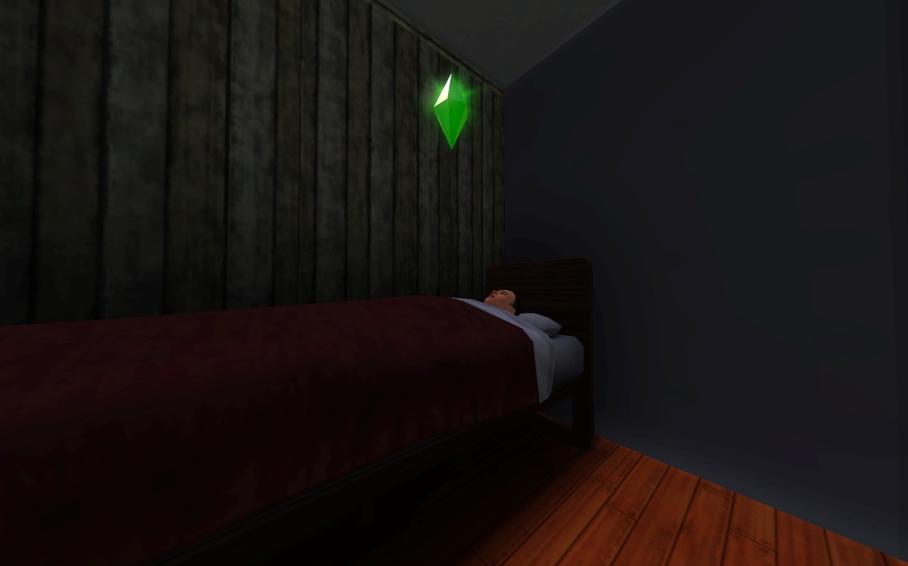 Don’t worry, sis. Tom made it to school on time and the younger ones are fine.

Tom asked permission and went over to Ethan Parrott’s house after school.

He didn’t stay as long as expected and I knew I needed to somehow start a conversation when I saw him standing near his siblings, quietly talking to them. 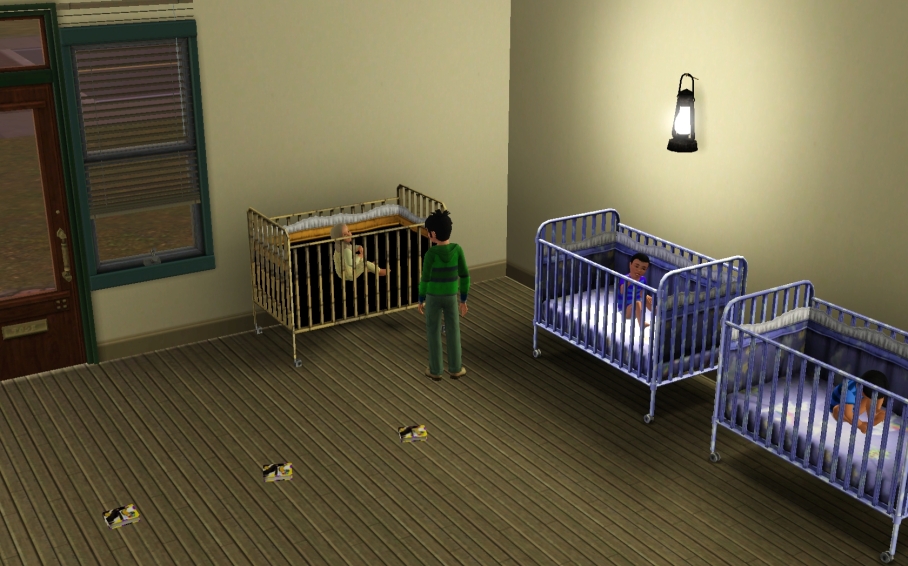 Poor Tom. You or Cass would have known what to do or say instead of standing behind him like a silent shadow. An awkward silent shadow.

Tom turned, seeming like he had something on his mind, so my indecision wasn’t a problem after all.

I grabbed a couple of sugar cookies from the fridge and we sat down at the table for a little chat. Dang that boy can make a good cookie! It reminds me of the ones that Mom used to make.

He told me that upon arriving at Ethan’s house, he immediately learned a couple of things. The Parrott family is rich and live close to us.

A wealthy family with a fancy house are among our neighbors?!
I can only imagine what they must have thought when the barn fell into disrepair and stayed on the market for as long as it was, risking a decline in neighborhood property values.

He also learned that other sims don’t live like we do. 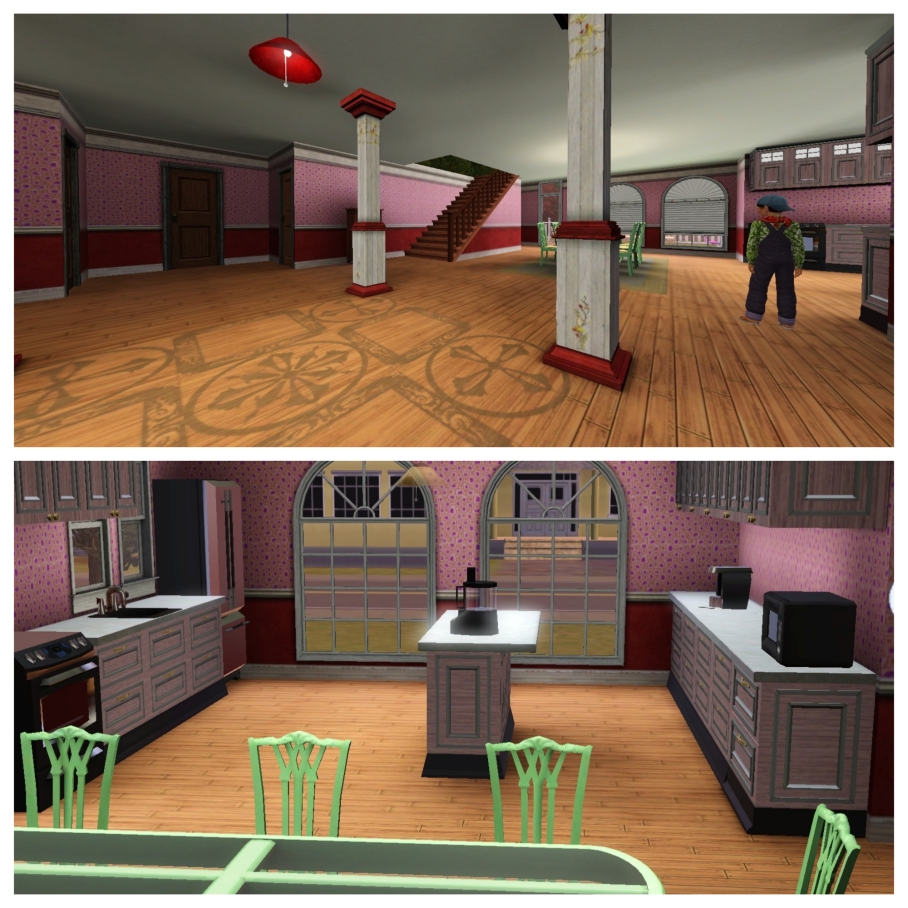 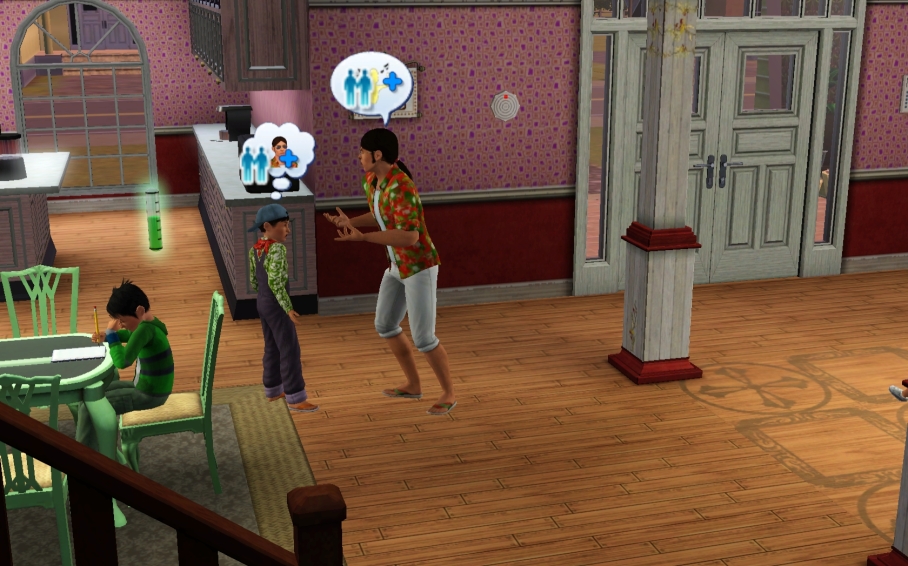 Tom kept quiet because he didn’t want to embarrass his friend by saying anything before knowing all the facts. Maybe Ethan left a mess before running off to school like he sometimes did.

He also didn’t feel comfortable asking Ethan if he was okay because Mr. Parrott stayed in the room the entire time he was there. 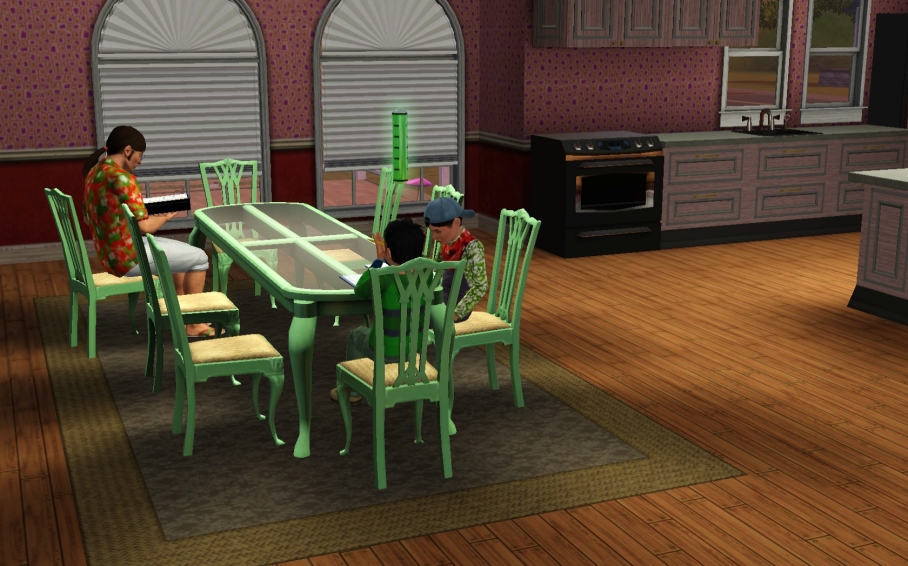 Ethan’s younger brother also made it difficult to fully concentrate on doing homework.

I honestly can’t understand why a grown man would ignore his son the way he did! It doesn’t take long to put together a bottle of formula. Why … even I who knew next to nothing about taking care of little ones quickly figured that bit out.

Sis, I got choked up when Tom told me that he was really glad I’m here helping take care of his sister and brothers so he could continue going to school with peace of mind. He also thanked me for being there for him.

I’m going to end this letter now because I have a bit of vacuuming to do. It appears that I have some dust in my eye.