Abigail seems to be on my mind a lot lately. I accidentally overheard her talking with Vanessa where she mentioned crying herself to sleep like a baby, worrying because she couldn’t get in touch with Ethan. 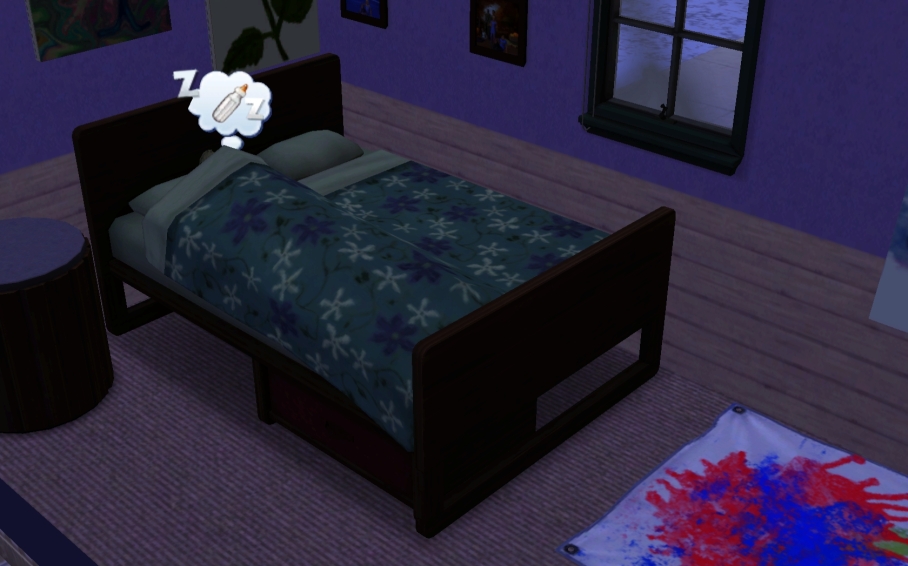 That inconsiderate **several words are scratched out**!
You know what I mean so I don’t need to spell it out.

It’s takes two seconds to call or send a text. I never treated any of my girlfriends this way. I’m sure you’d remind me that some of them were barely girlfriends before we went our separate ways, but we can both agree on one thing. None of them were ignored by me.

It doesn’t help matters when David came to me looking upset. “I was checking the mailbox and there was a letter … I didn’t know what it was because it wasn’t sealed and didn’t have her name on the envelope so I read it.”

I can’t stand it anymore! Every time I see you all I can think about is our lips pressed together in a passionate kiss!

“Then my friend, Cornell, called. You remember him, right? Ethan’s mom married his dad after her divorce to Ethan’s dad was finalized.” 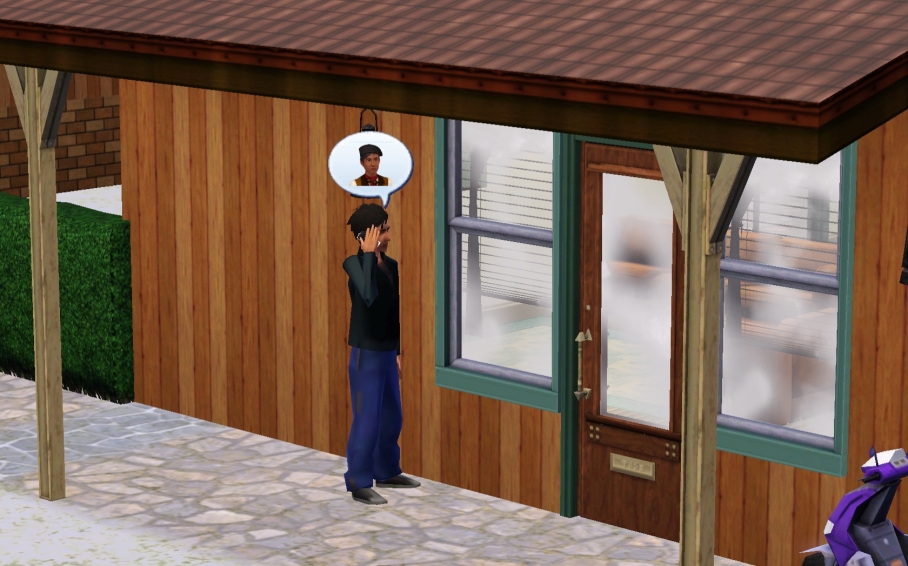 “I asked how things were going and found out that he got into a huge fight with Ethan so he moved out. Part of the fight was over the way Ethan was acting towards Cornell’s sister, Chantrelle.”

(Addy’s Note: Ethan transitioned into YA during the night so I got curious about how he looked as a YA. His beady eyes, ugh! Almost 8 AM and nobody is home. Odd. I took a look around town and saw this! I was expecting to find him at the park or festival grounds since he goes there often … yikes, poor Abigail!)

“There’s more. I then called Chantrelle to ask about Ethan and she tells me they flirted a little after he gave her some red roses. Red? I thought they were yellow and questioned her further … only to find out that he has given her several bouquets of flowers.” 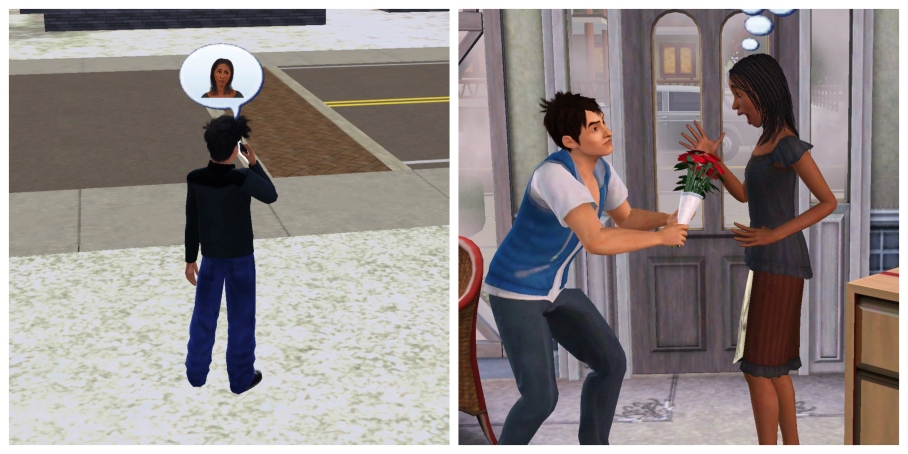 “I feel like showing him a thing or two!” 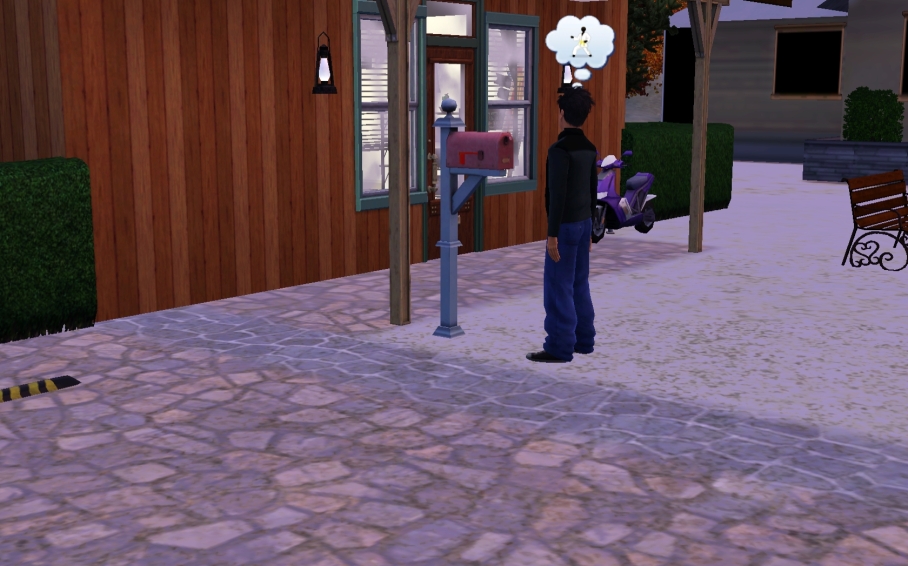 Tom, the twins and I privately discussed Ethan but came up with no answers other than all of us wanting to do bodily harm. Yes, yes, I know … violence is never the answer.

I then suggested going to the festival since we’re all due for a bit of cooling down. No need to rush off halfcocked and making more a mess of things than they already are. Aren’t you proud of me for showing restraint? Especially since all I want to do is introduce Ethan and the concrete sidewalk to one another!

The festival is packed with activity! Dancing, roller skating, horseshoes and collecting festival eggs were enjoyed by all.

We had trouble at the photo booth because it wouldn’t let us take a family portrait. One, two or three sims could get pictures without a hitch but try to add any more and the machine would glitch. 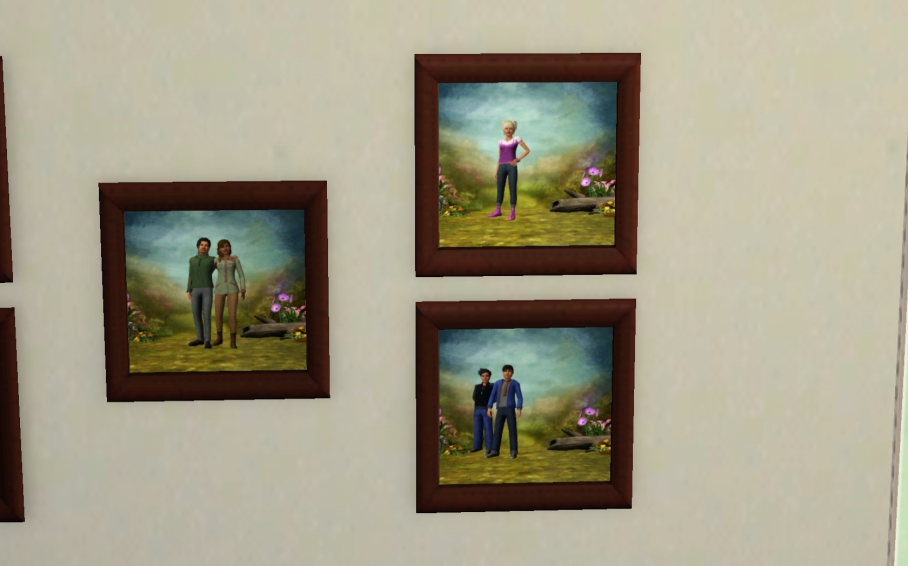 (Addy’s Note: No matter where I placed the sims, it would cause routing errors for half the group. I tried using 4 sims and 1 had routing issues so no picture of the siblings together. Will try replacing the object and see if that fixes things.)

More troubling was what Tom found out.
He recognized Kanoa Parrott, Ethan’s dad, and grabbed the opportunity to chat. What he learned was not good.

Kanoa indicated that Mark needed toughening up and offered to help him get a job since we’re neighbors and neighbors do favors for one another.

It turns out both Kanoa and Ethan work at the Rustler’s Den and it might not be the abandoned warehouse that everybody thinks it is.

Tom curtly mentioning that his sister, Abigail, is dating Ethan didn’t seem to phase Kanoa at all. “She’s cute and could do really well in the business. Sims are such suckers for a pretty face! If not, then at least she’ll appreciate the finer things Ethan can bring home.”

I think time and distancing ourselves from the situation will give us a better perspective on how to break the news to Abigail. Afterwards, we can help her get through this. I might still punch him in the face.

Luke has an idea regarding time and distancing themselves.
It will be told in the next letter