I don’t know what Scout got into, but she was grungy and full of fleas.

It worried me when she went back outside and laid down so I checked to be sure she wasn’t ill. 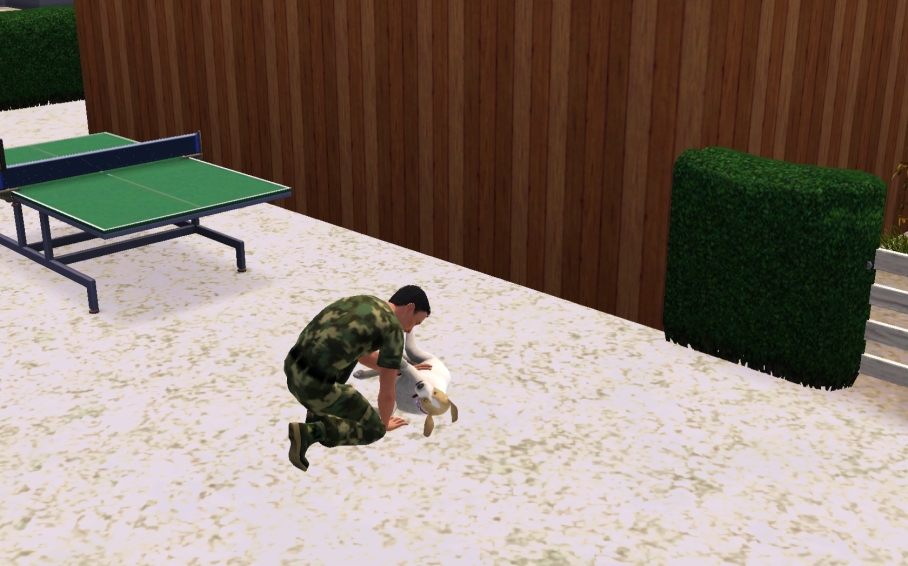 When the kids got home from school, I let them know that she was okay but needed a little time to herself so we went about our business. 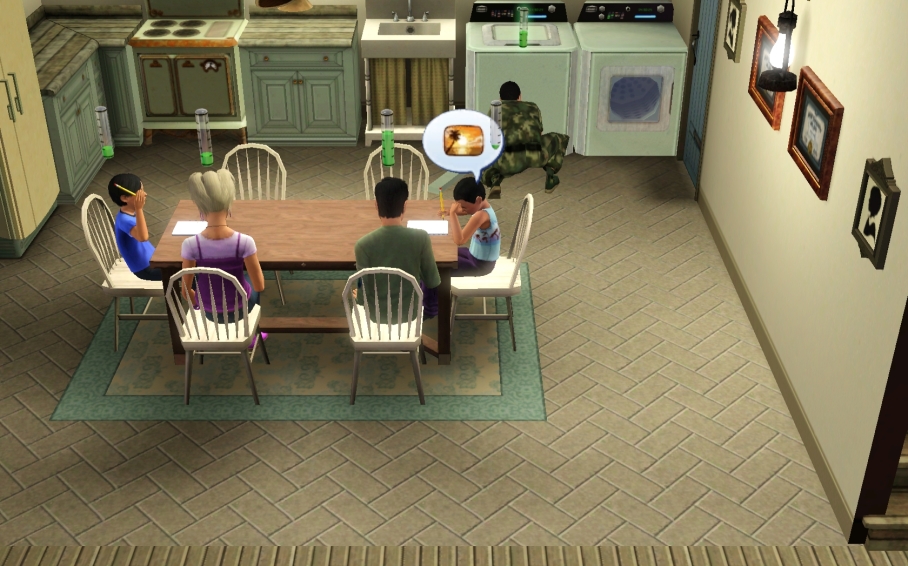 It wasn’t long before Scout barked to get our attention and announced the newest members of the Casey household. 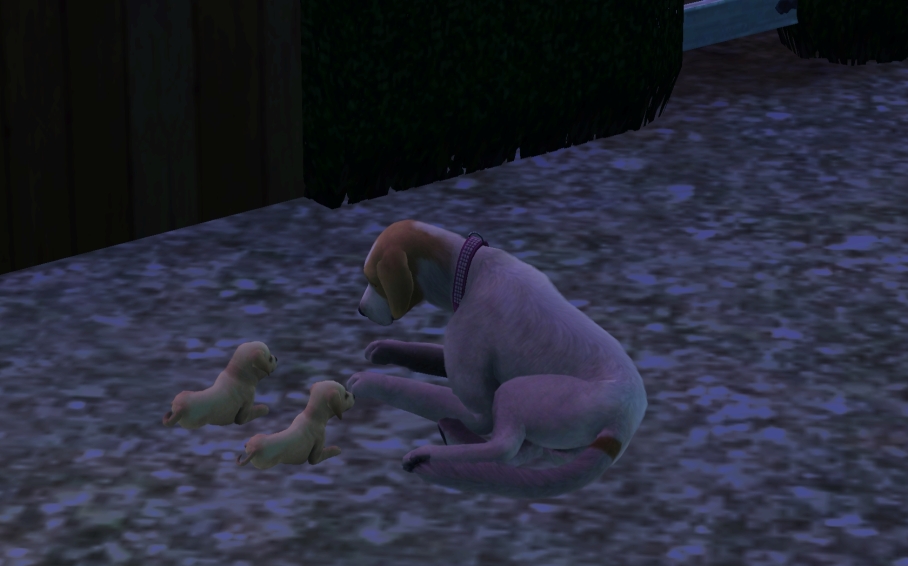 The twins were thrilled there was another pair and quickly named them Piper (girl) and Pepper (boy). Abigail seemed fine with their claiming them … especially when I offered to teach her how to drive. 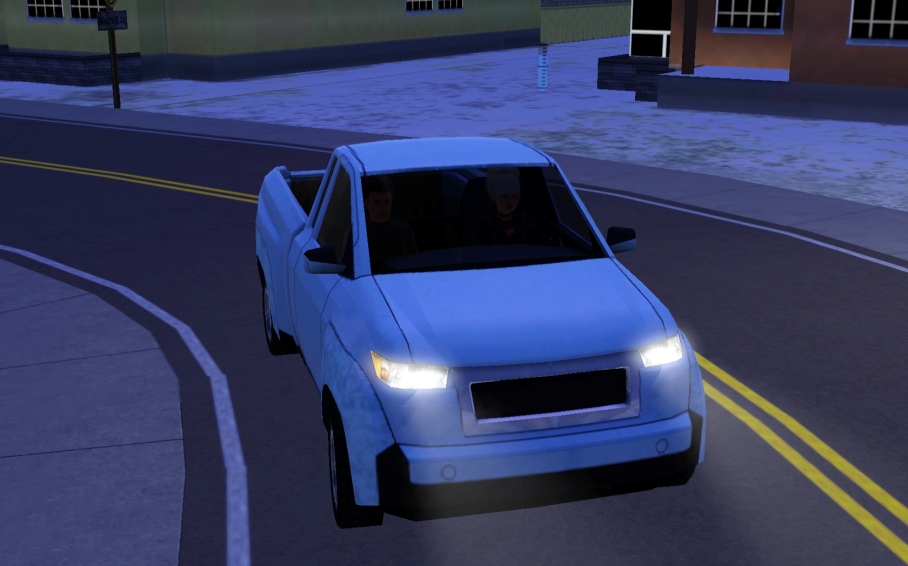 She’s a quick learner and passed the test after we spent several evenings preparing her for it.

Good timing, too, as there were soon two more who needed driving lessons.

Neither birthdays nor moving vehicles seemed to catch the interest of our four-legged family members and they kept out of the way of all that teen excitement.

The old me might have agreed with the dogs, but your children have grown on me and claimed special spots in my heart. They won’t take your place, sis, but I’m thankful I had this opportunity for growth.
Addy’s Note: Luke earned enough points to change his personality. Adventurous,  Commitment Issues & Dislikes Children became Good Sense of Humor, Dog Person & Nurturing. He kept Athletic and Handy.

Thanks for once again knowing what was best for me.