Leisure Day has once again come and gone. Their party was a success with family and friends, but Jeremey seems a little sad this morning. 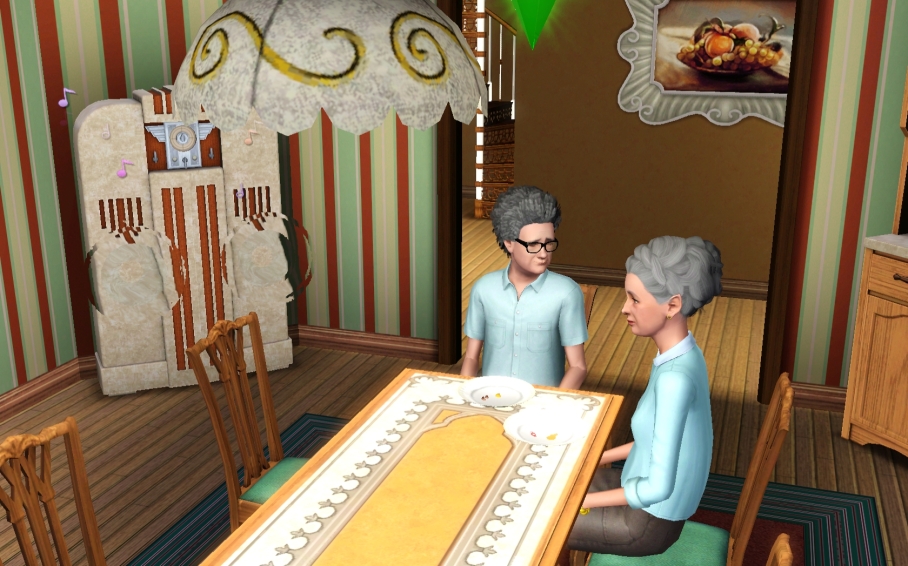 Maybe it was because Nikki’s kids didn’t stay for the party or it could be because they have a party crasher who simply will not go home. 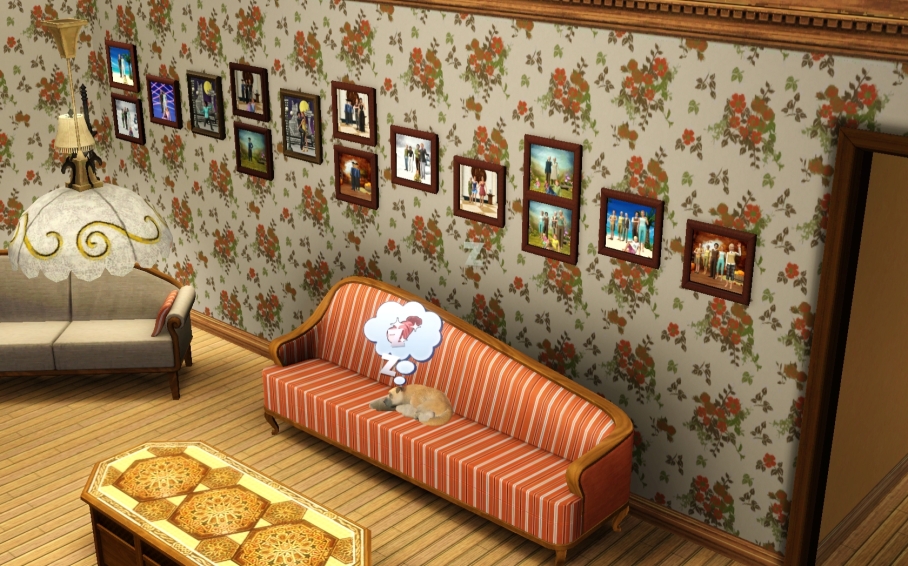 His name tag indicates that he is Bear and belongs to Denise Anthony. Reiley tried to get him to go home. 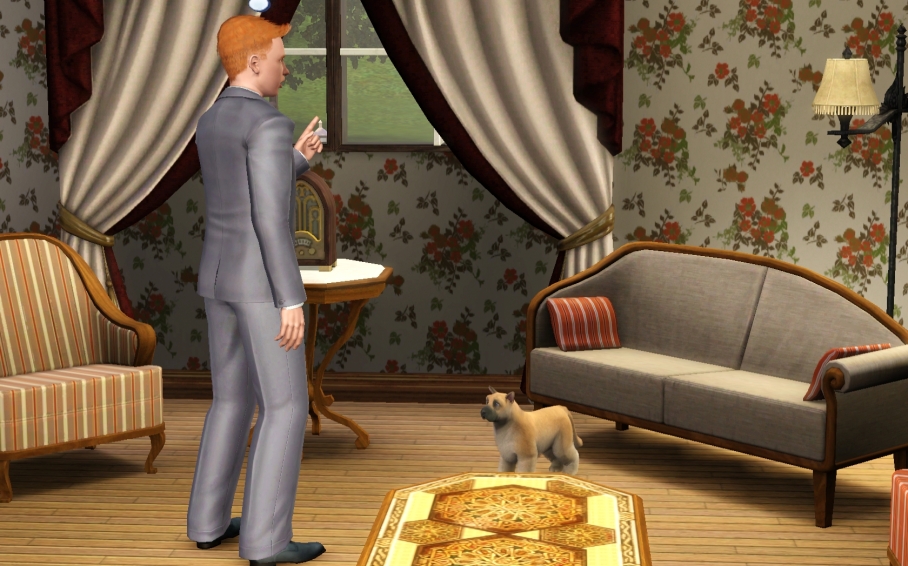 You can see how successful that attempt was. 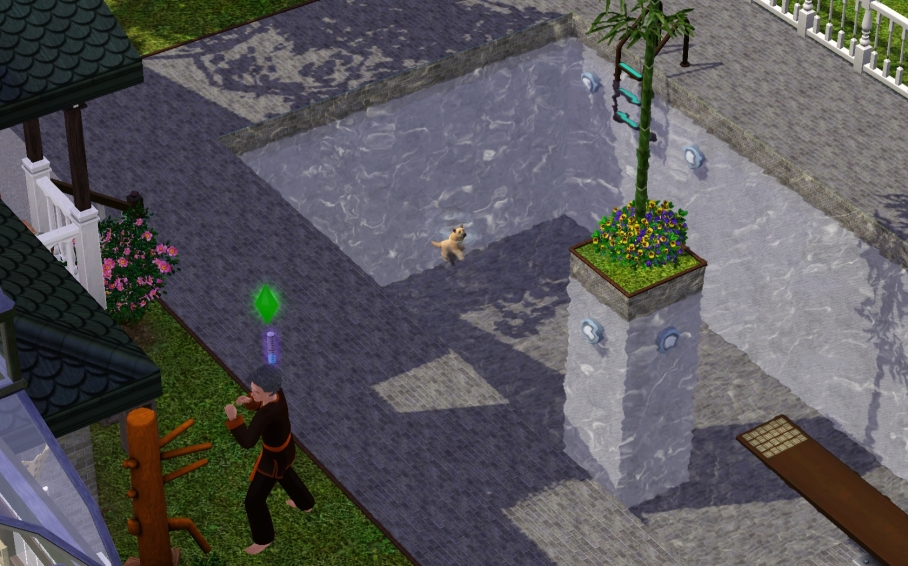 The phone rang and Kayla received some wonderful news. Darrell and Lynda had gotten married! She congratulated the newlyweds, Mr. and Mrs. SP-Bagley, and wished them many years of wedded bliss. 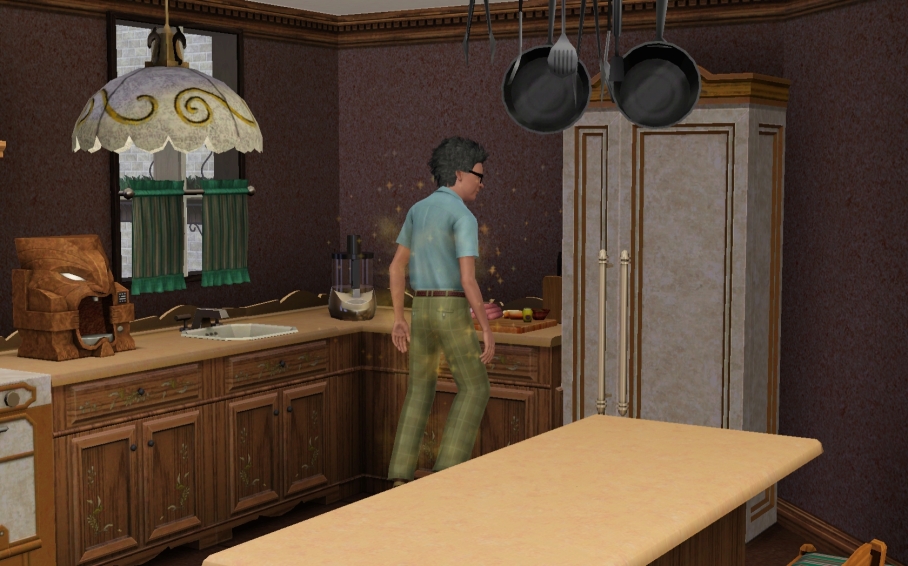 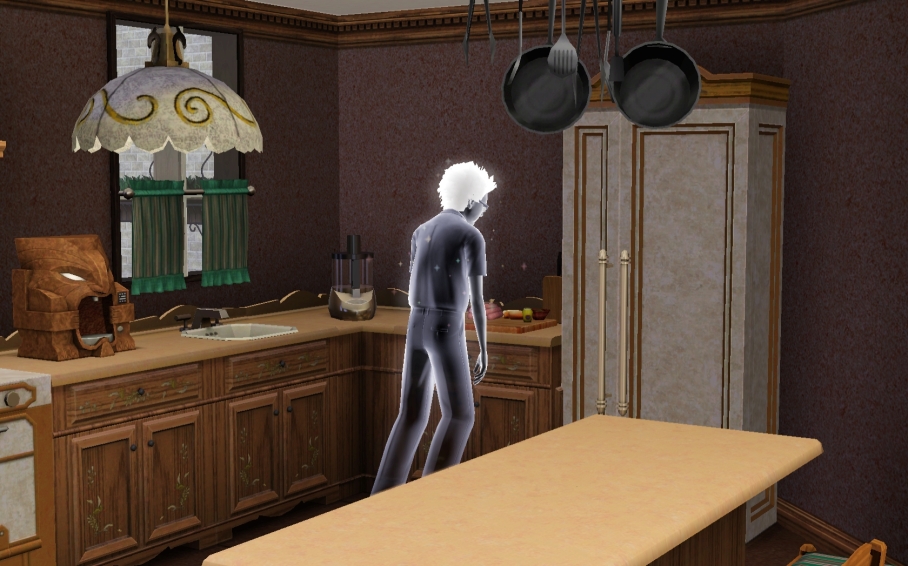 Kayla heard the familiar sound and came racing into the kitchen.
**gasp** 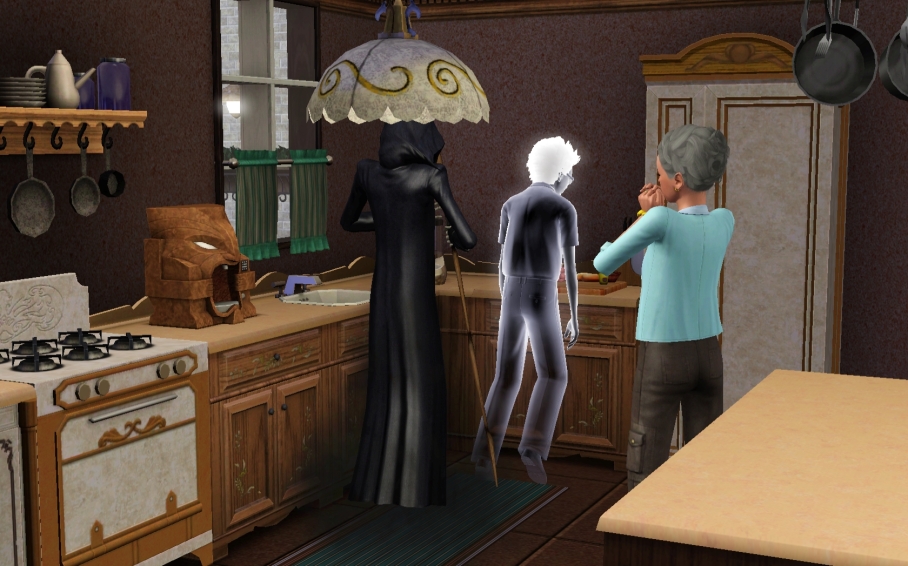 Bear also came inside to see what all the commotion was about. 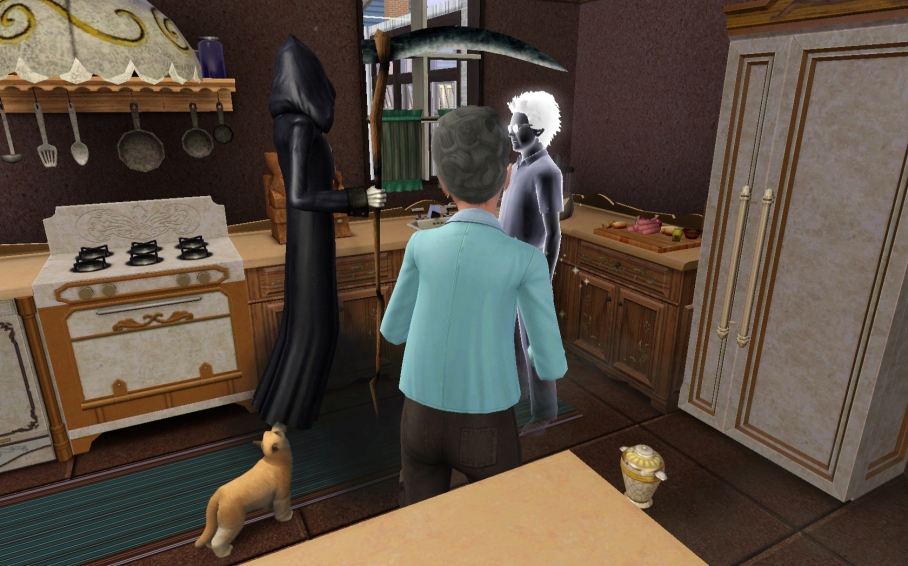 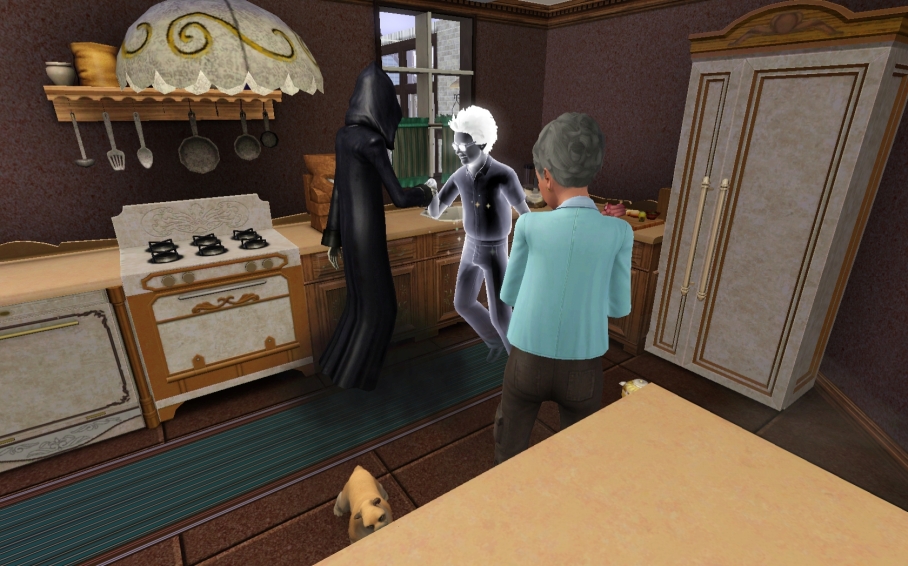 Not finding anything of interest, Bear shook himself. That is A LOT of pool water! 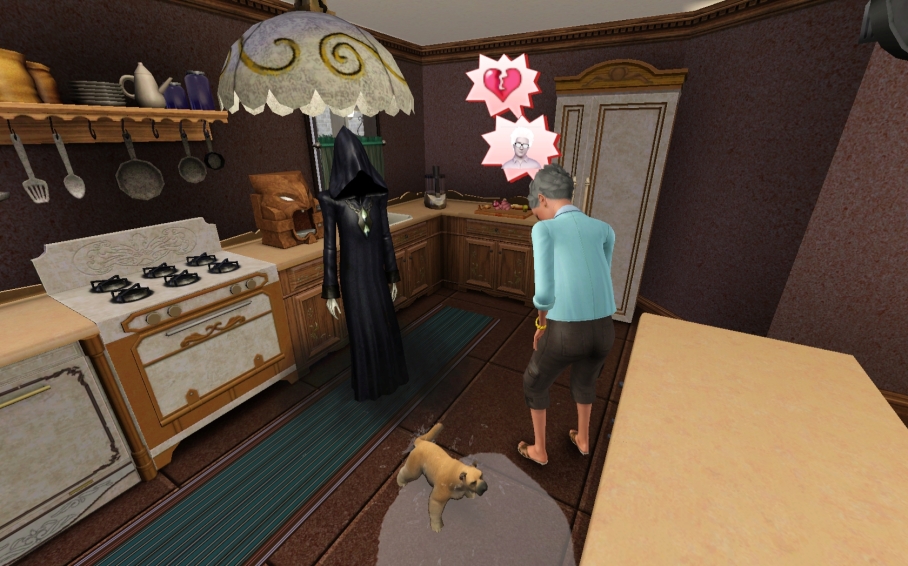 The Grim Reaper wasn’t too happy with Bear’s actions. Hopefully the robe material is water-resistant and quick drying. 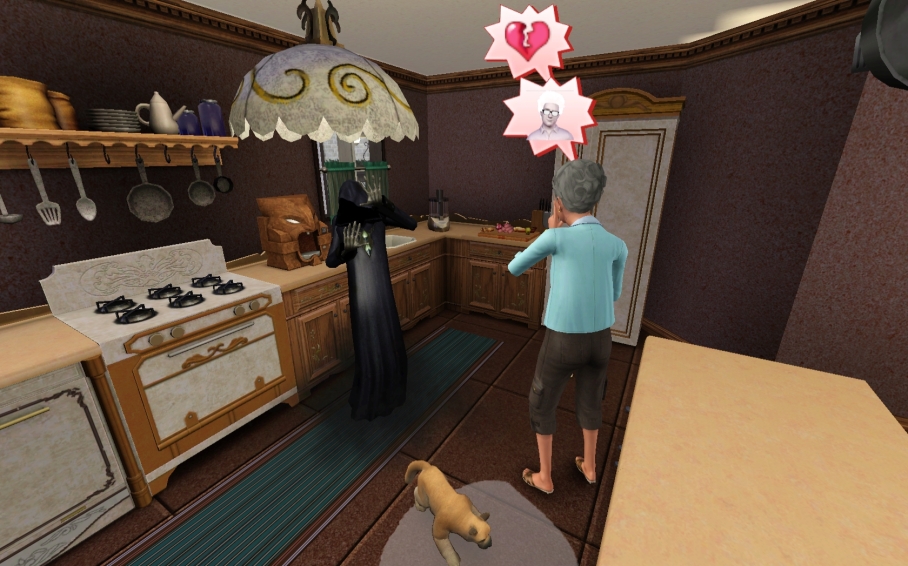 Kayla wasn’t sure how to tell her family, especially Nate, about Jeremey but soon realized that she didn’t need to say a single word. As soon as they arrived home, they could tell. 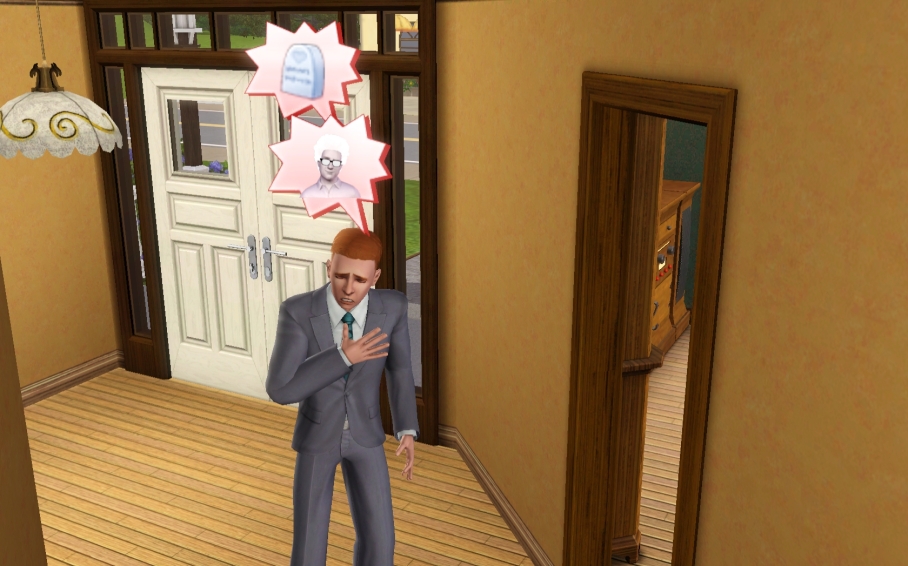 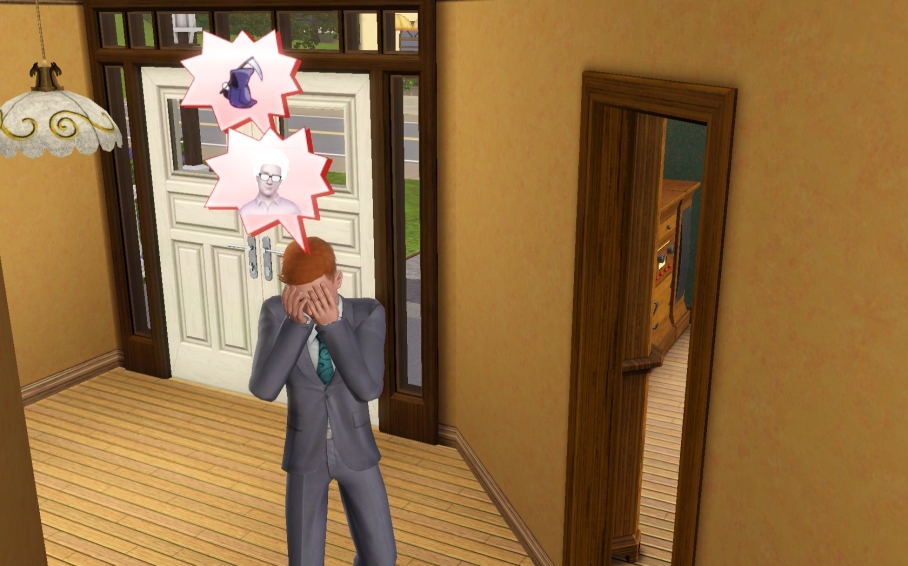 Alice hugged Kayla and encouraged her to get a little rest while she cleaned up the kitchen and made dinner. 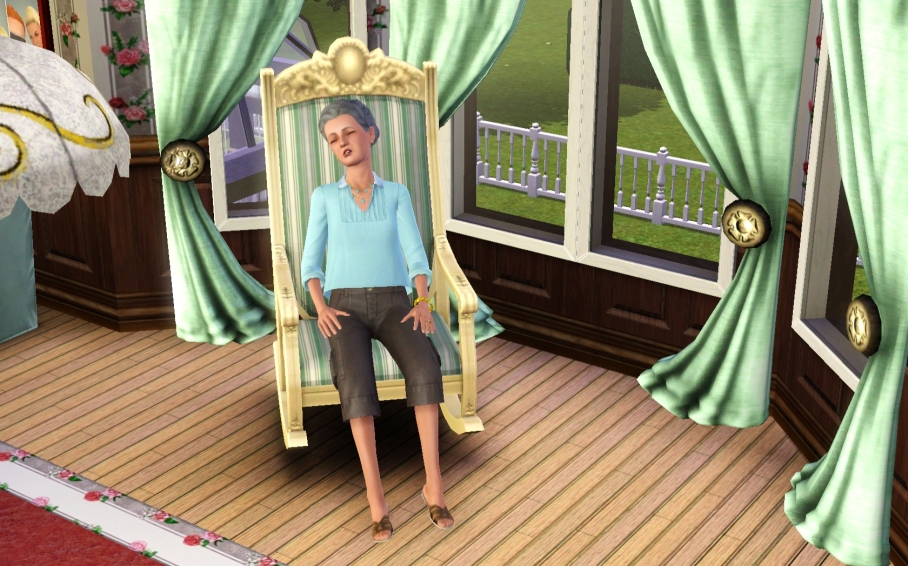 Bear did his best to distract and comfort Nate. 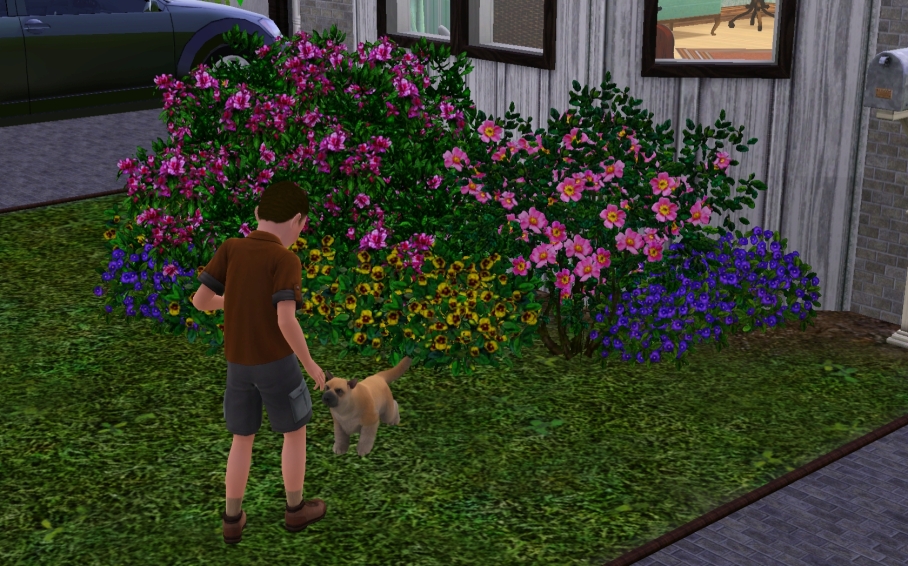 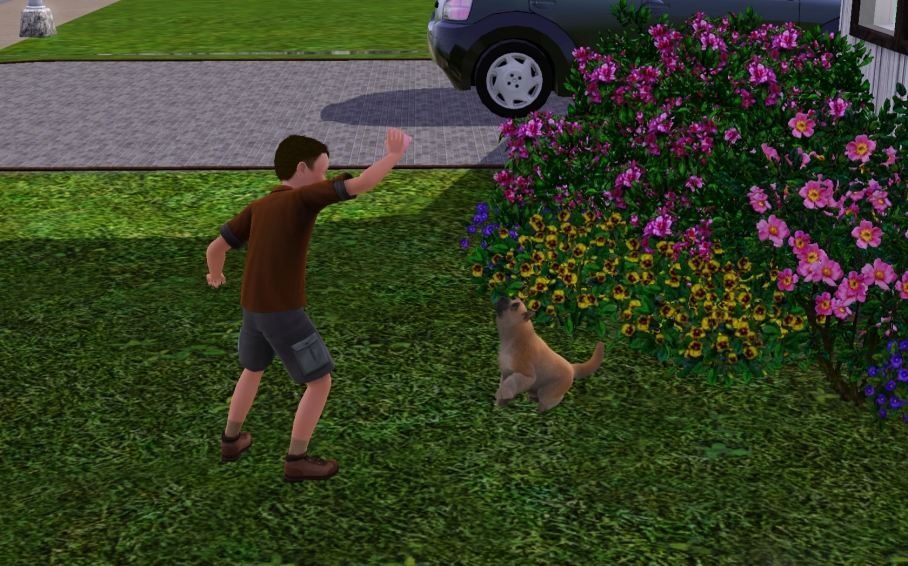 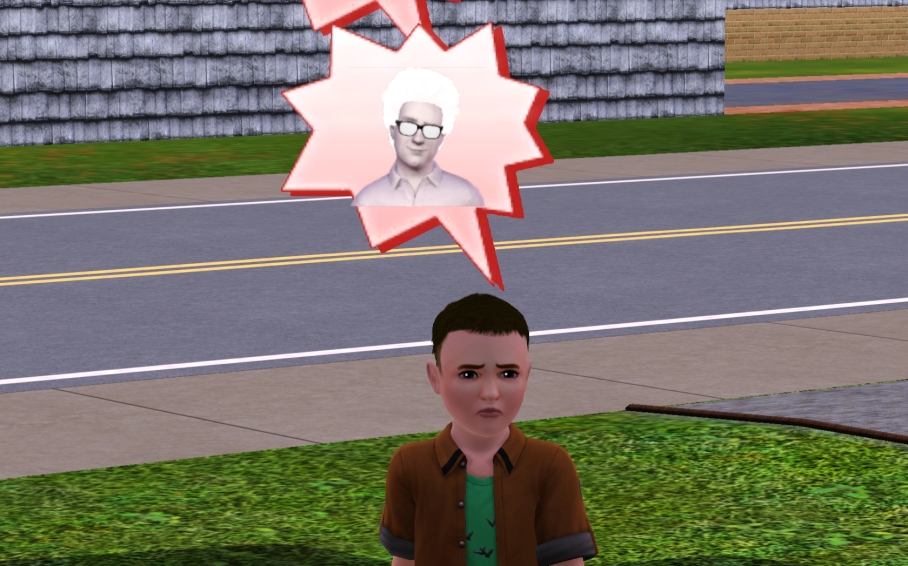 Day and Night, Bear was always nearby. 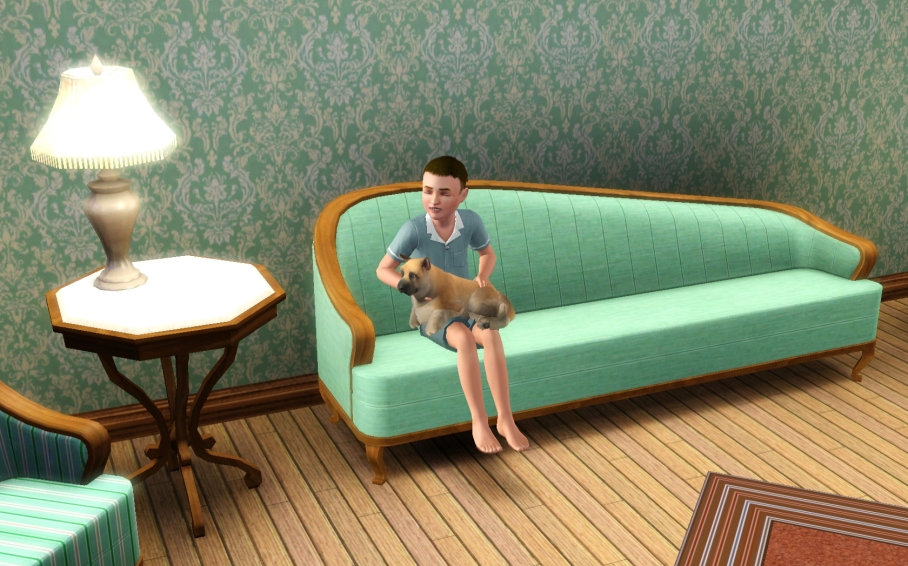 Addy’s Note: Bear stayed with the Snyder family throughout their entire mourning period and when the moodlet ended, he went home. What a good boy, but I bet his owner missed him!

Reiley and Alice thought it was time to get Nate a pet of his own. They found Charlie at the pet store and brought him home. 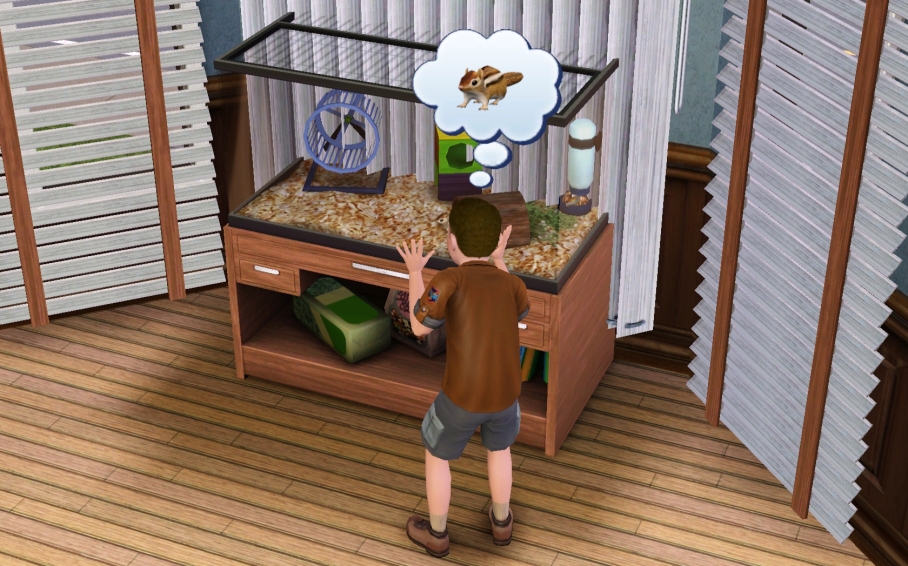 Addy’s Note: Charlie is named after the third book Kayla and Jeremey created together, Charlie the Chipmunk. I thought this would be a lovely way to remember/honor Jeremey and start introducing animals into the Snyder household.

Story Progression Update:
Bobby Snyder-Parrott marries Caren. They also announce they’re expecting a 2nd child!
Dorian Snyder-Parrott and his girlfriend, Nikole, celebrate their birthdays and are now young adults. Dorian signs on with the Riverview sports team and Nikole goes into Business… perhaps she plans to be his personal manager someday.