Heather is certainly feeling the love as everybody does their part to take care of her needs while letting her Mommy sleep in.

Darla tells the well-rested Layla and Chase to go to the festival and have fun. She has a granddaughter to spoil, lol 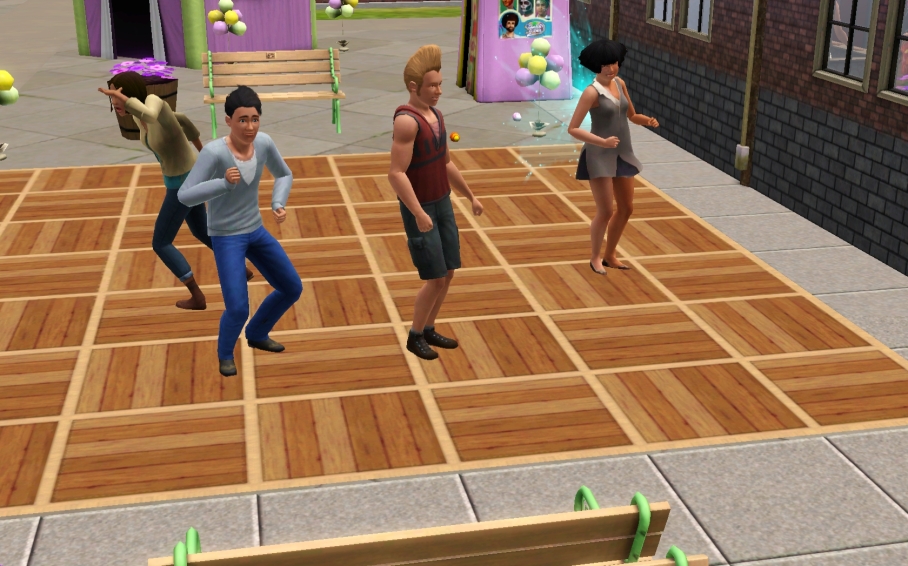 Chase and Layla dance, eat and get their picture taken. It looks great displayed with the one Ben and Darla took the day before. 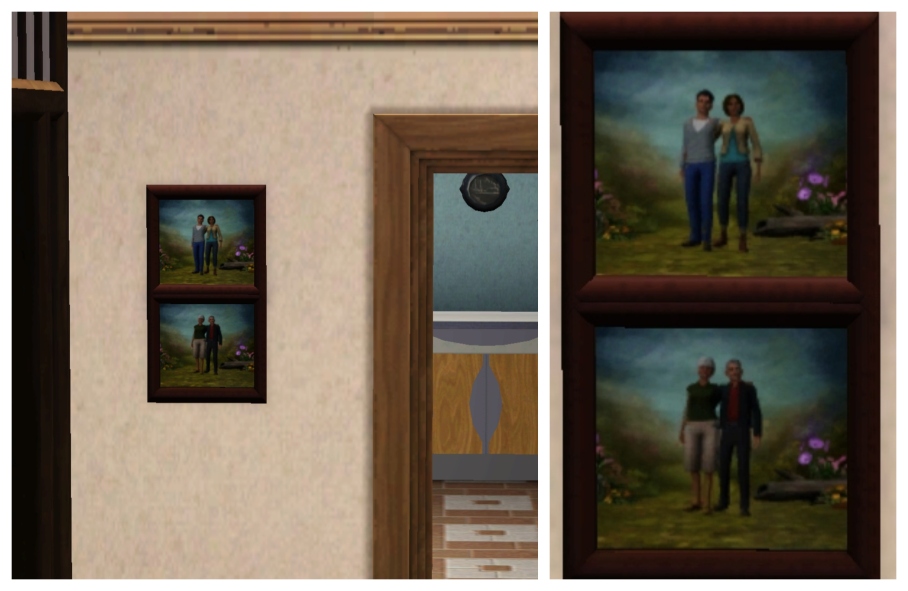 It will be exciting to see what the family picture looks like when the Summer Festival arrives in town!

What isn’t exciting … the passing of Judson Cottrell and how it affects the festivalgoers. 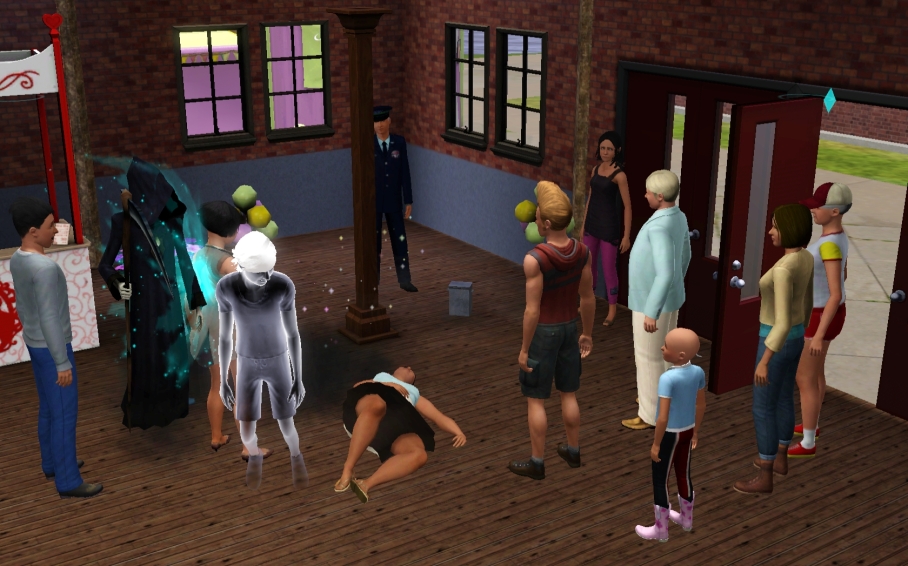 Chase and Layla come home early so they can get a little horse therapy. 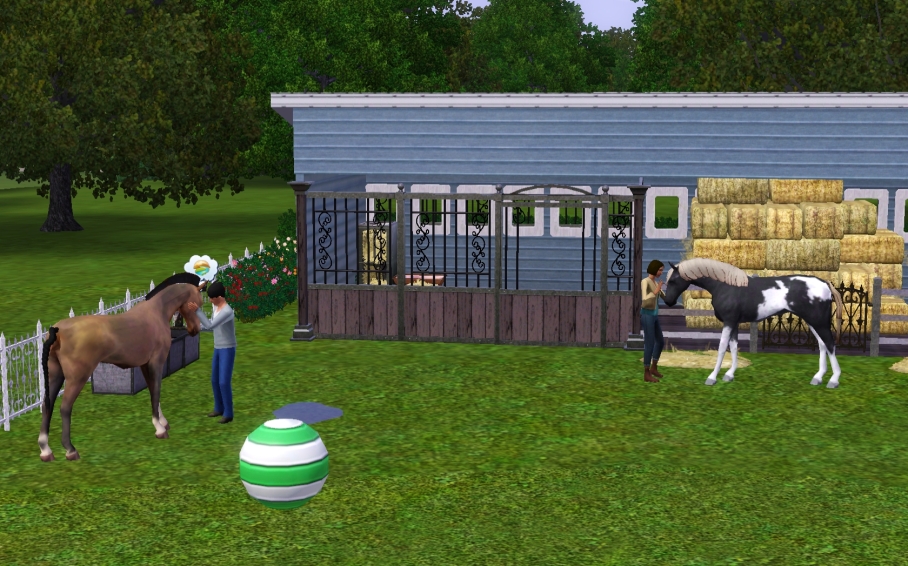 It isn’t Spooky Day but young Sims don’t care. They are going to come around and see how many treats they can score! The family chooses not to reward them for being greedy and stays well away from the front door after seeing the eerie face the second child has. 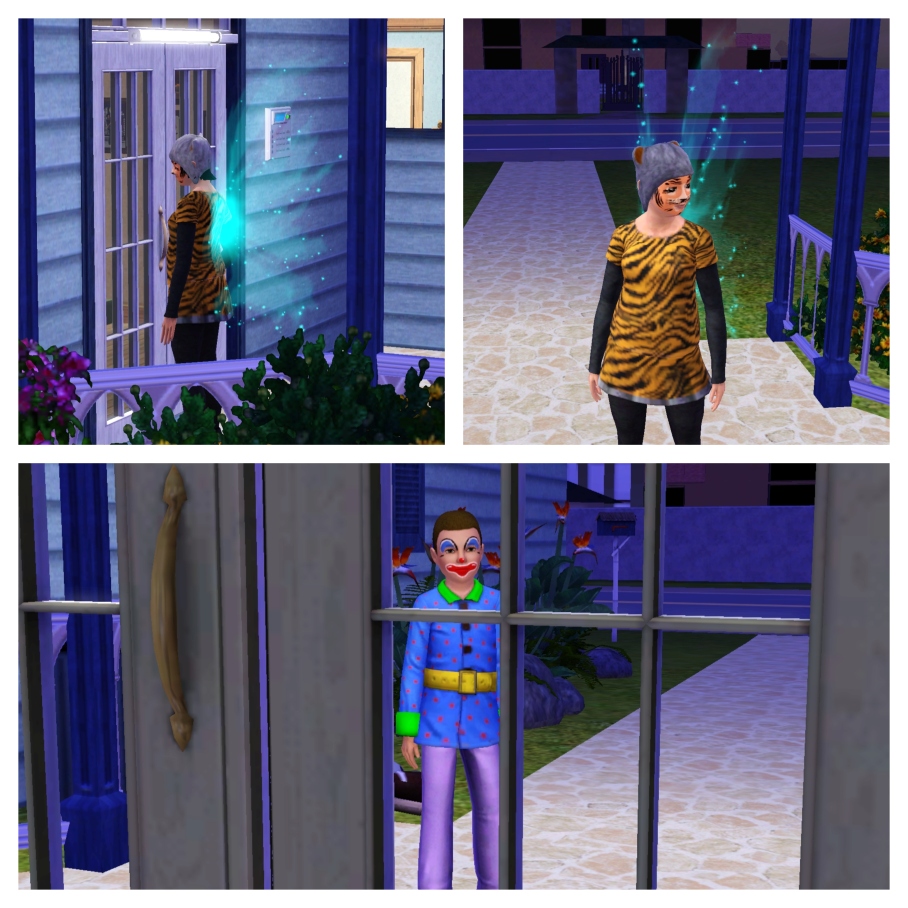 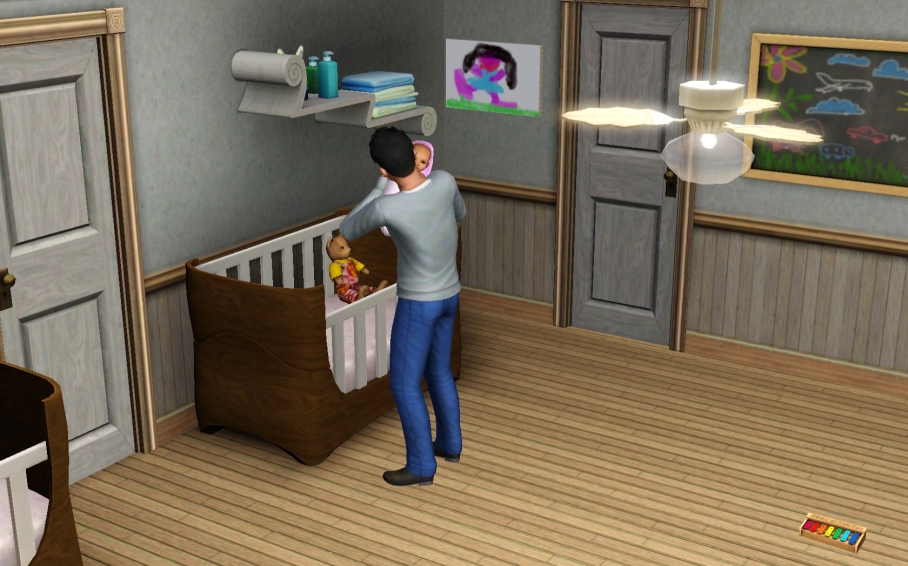 Layla finishes her shower and has something to talk with Chase about. However, seeing him taking a nap gives her the same idea and she figures they can always talk later. Chase wakes and upon seeing his sleeping sweetheart, wonders if he has time to catch up on emails or if he should wait because it looks like there might be more news to share soon. 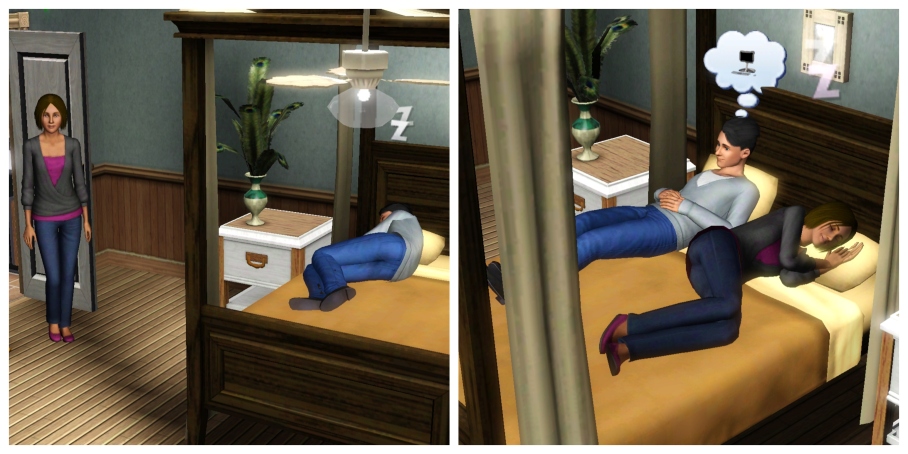 They spend a little time at the Spring Festival before heading over to their gig. Searching for eggs is a lot of fun! 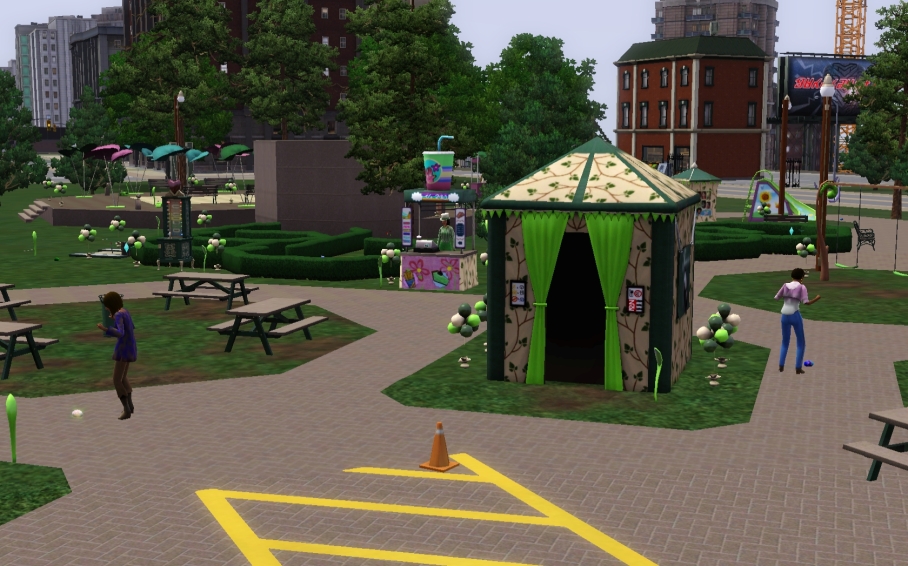 The gig begins and the band plays to a mostly empty bar. It feels like a private party or perhaps even an audition for Lola Belle, a well-known celebrity and music sensation. 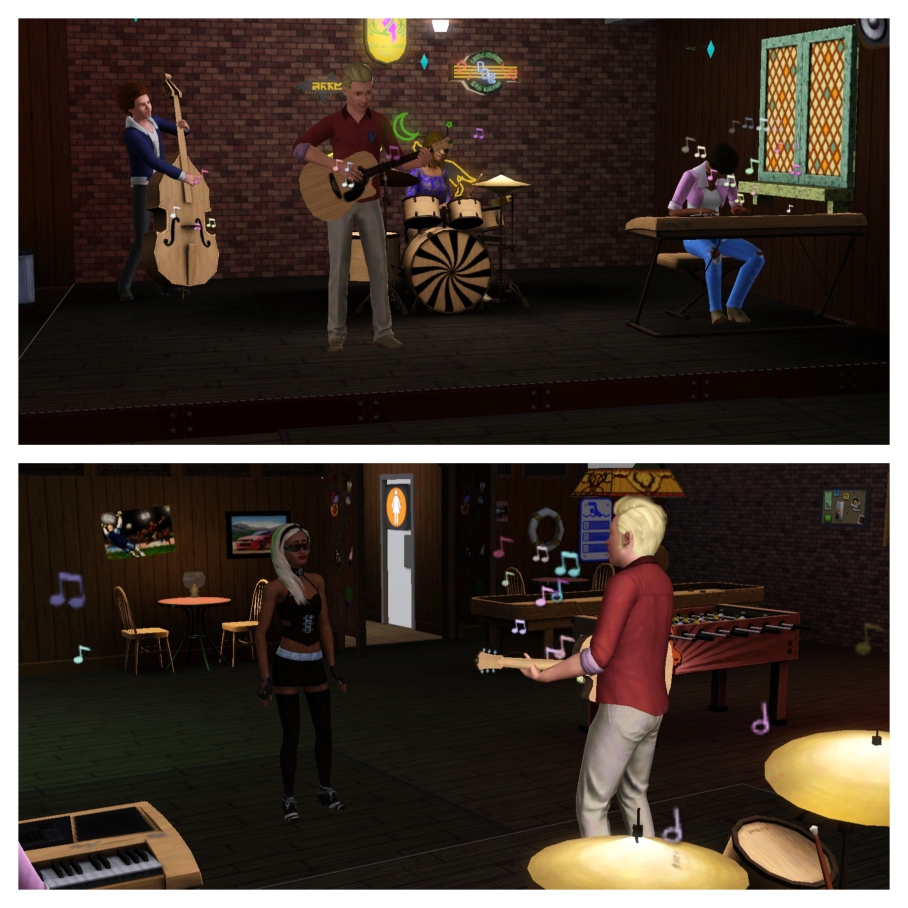 Unfortunately, not everyone is a fan of Miss Belle. With the particular attention she’s paying toward Cole, it’s a bit of a surprise that her husband (Kai Leiko) is as chill as he is about the whole thing. Perhaps he’s used to it. Sad, really. 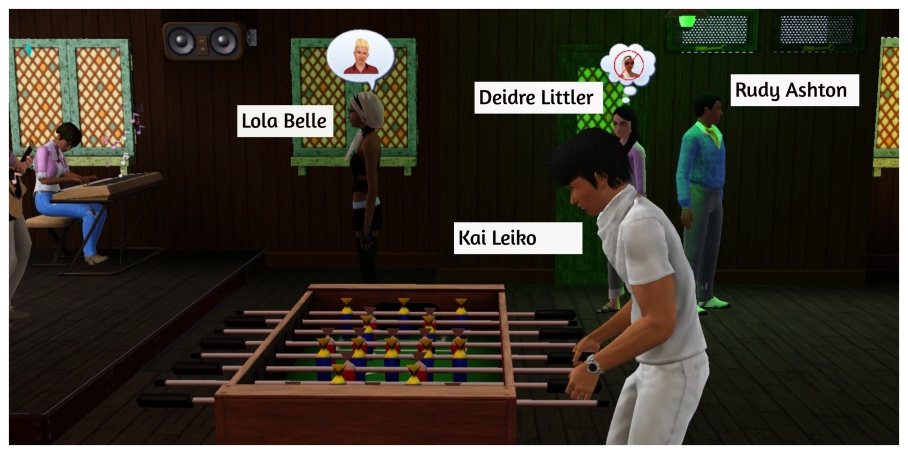 Deidre seems to be a bit of a wild cannon. She immediately slaps Jett Atkins as soon as she sees him and then proceeds to have a normal sounding conversation with him afterward. 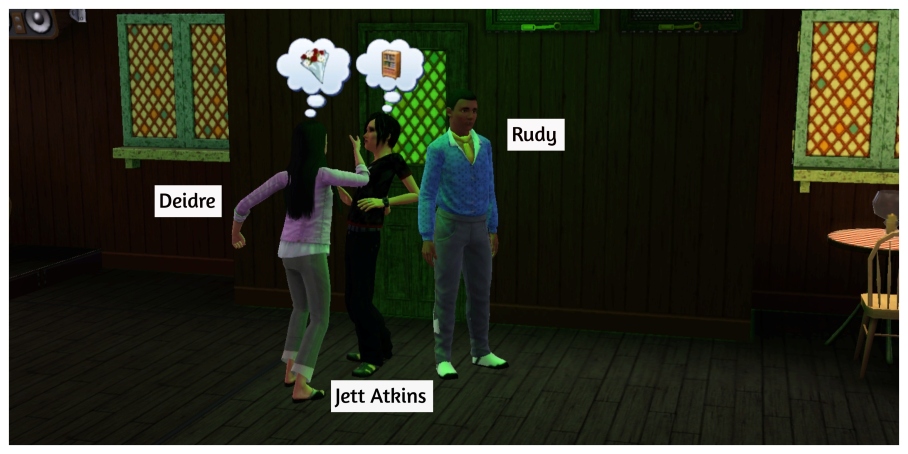 Weird, hunh?! The band keeps an eye on her.

Paparazzi also boo Miss Belle so the band decides to keep their distance so whatever “taint” she has doesn’t rub off on them. 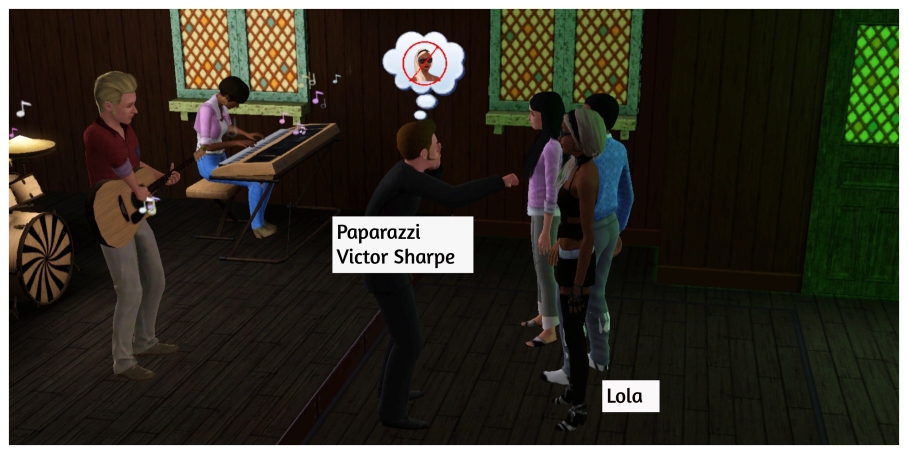 C Note did well and Emmy Starr says she’ll be more than happy to put in a good word for them. 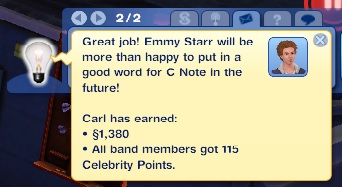 Speaking of doing well … look at what Cassie found while searching for eggs! Everybody else got a festival ticket or a few simoleons. 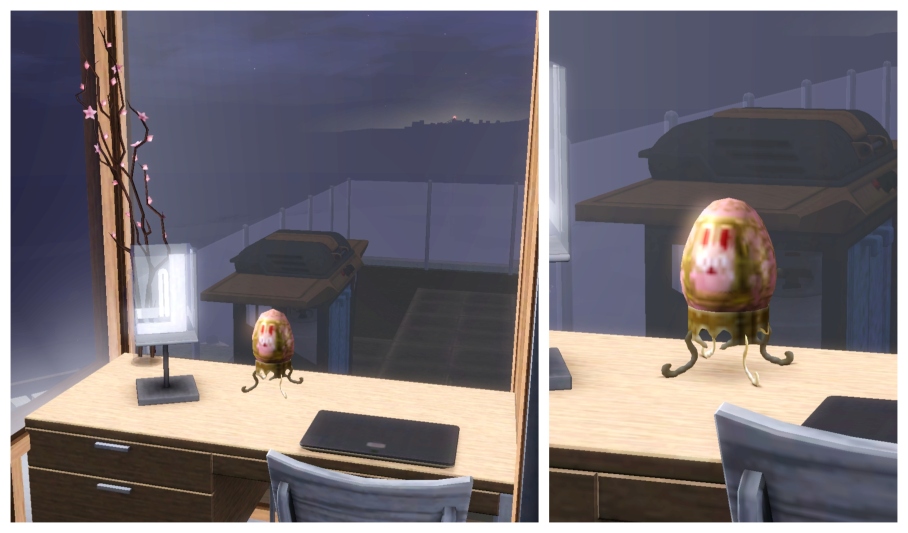 They email a picture of the egg to Chase with the following message:

Hope you had an EGG-cellent Love Day!