Chase takes time in the morning routine to talk to Oreo about upcoming changes. 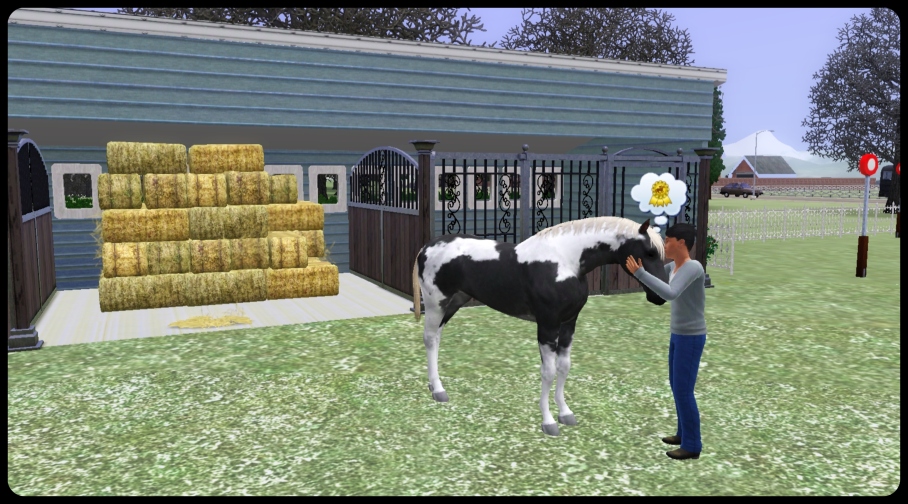 He’s been hired to train Cannon. Others are taking notice of Chase’s technique on the field and are willing to pay for his expertise.

While meeting Cannon, Chase watches the mail truck arrive and TWO carriers begin unloading packages. He quickly introduces the two horses and then heads over to help.

Chase and Layla open wedding gifts while Darla writes down who gave what so they can send thank you cards later.

That afternoon,
Cannon’s hooves are carefully inspected before he’s put through his paces so Chase can get a feel for him.

Oreo isn’t forgotten about.
They enter the Three Lakes Derby and like usual, come in first!

While the race is going on, Darla non-so-subtly tosses in hints about hearing the pitter patter of little feet. Somebody is ready to be a grandma! Ben stays silent on the other side of the room but he’s definitely paying attention to this conversation.

A few hours later,
Chase and Oreo arrive home. He feeds him a carrot and lets Oreo know what a good job he did today. 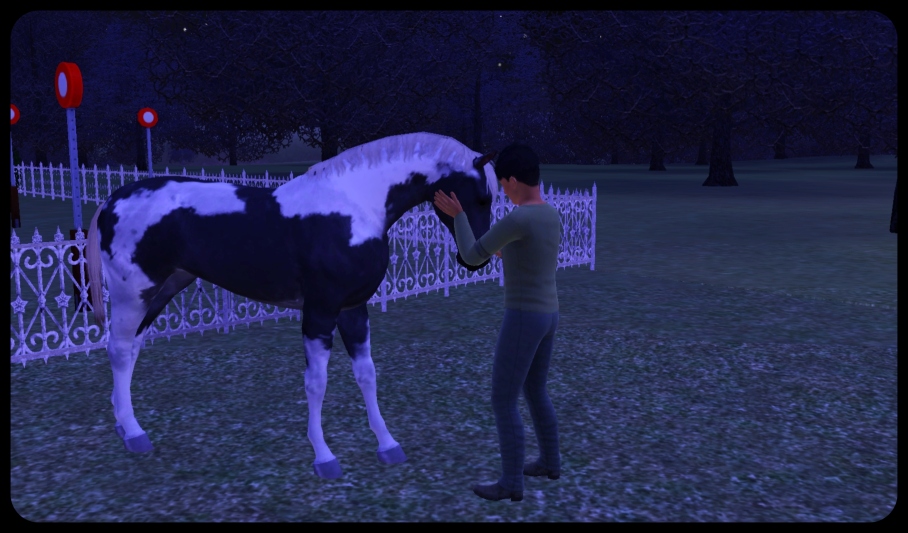 Daniel Jigger, Mixologist at Waylon’s Haunt, hires the band to perform from noon to 2 pm.

They play to a mostly empty bar but doesn’t let that dampen spirits or affect their performance.

Talk about timing! As the band ends their set and start mingling … Emmy Starr goes into labor.

Chase laughs when he sees the picture and teases his sisters about Emmy naming the baby after the band.