~ Thursday, Spooky Day ~
A birthday card is sent to Issac.
Christin and Tobin Ivanov get engaged.
Aren and Dora begin dating.
Keli has passed on.
Winston mourns the loss of his wife.

In the wee hours of the morning, all is quiet. It’s the perfect time to snuggle closer to a loved one or take care of some personal business. Business is on the mind of this thief. 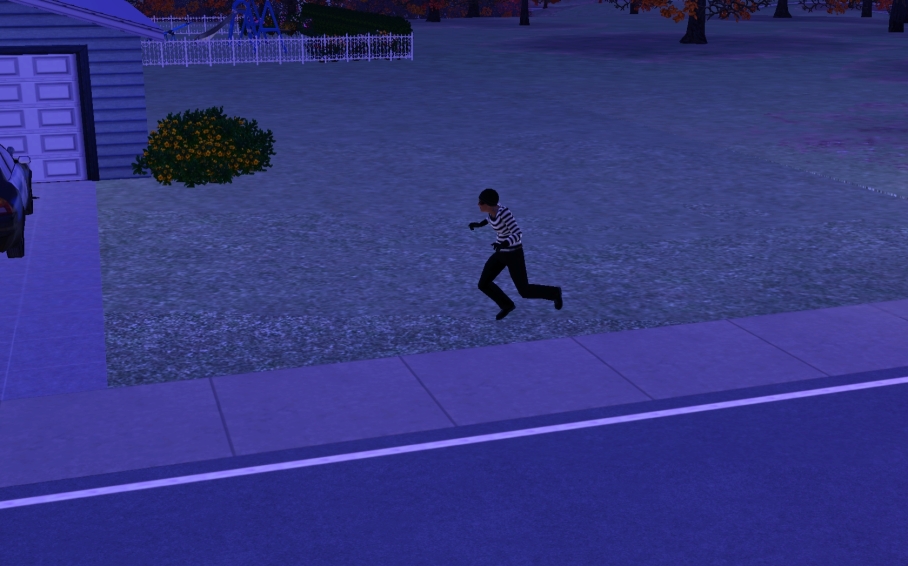 The coast is clear and the only light burning is a single bulb on the porch.
“Albert Pattern, you sly old dog. Pickings are going to be good here, these people look RICH!”

“You are a dumb mutt, Albert! How stupid to miss seeing their burglar alarm. The boss is NOT going to be pleased.” 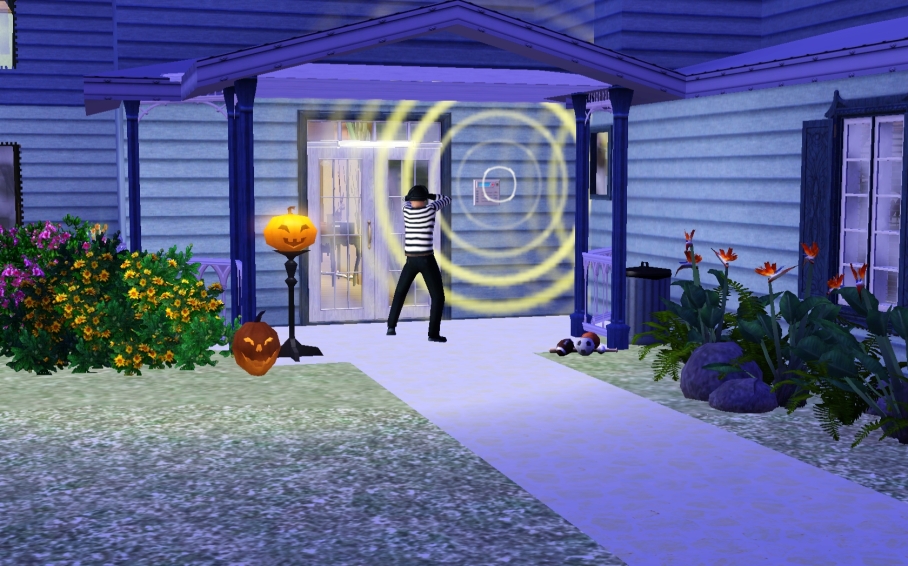 Within mere minutes, Officer Talia Arnold arrives on the scene.

Albert is hoping nobody sees his pitiful attempt at saving his pride from further injury, but luck is not with him today. Stacia Cloud, a concerned sim/nosy neighbor, saw it all. 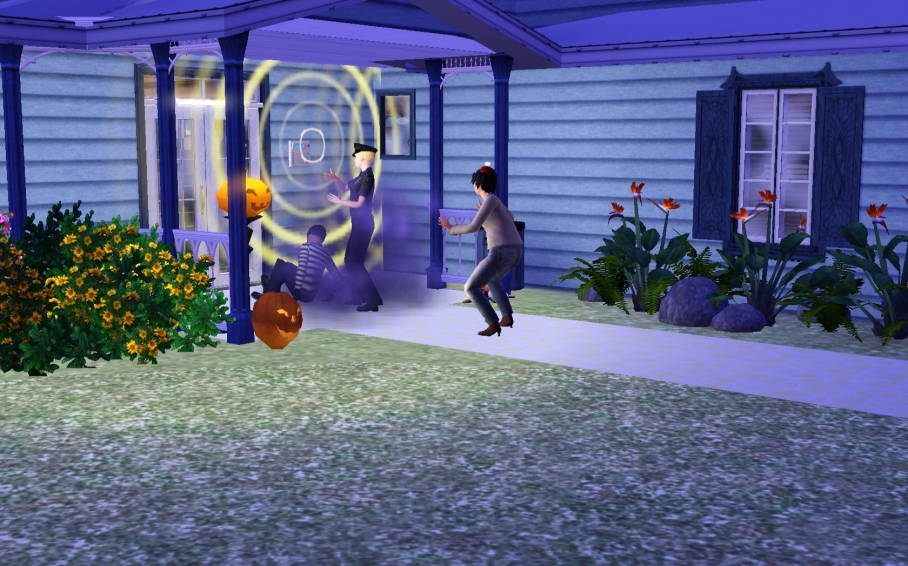 “Albert, this life of crime earns you nothing but time … time in a jail cell!”

Addy’s Note: I thought it was interesting to see that the officer had already captured the thief by the time my family made it downstairs.

Once the house is deemed safe, everybody returns to bed. 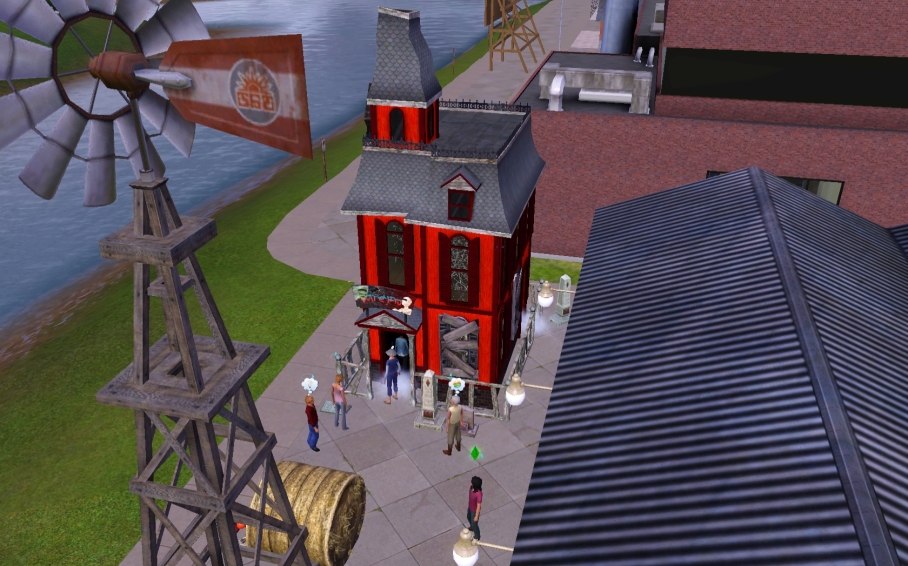 Addy’s Note: It was amusing to see different moodlets as each sim exited the haunted house. Baz was “sucked into the 4th dimension”, Darla and Van were “touched by a mummy”, and both Ben and Khiara were “touched by a ghost” so they became ghost-like for 3 hours. I wonder what other moodlets there are?

The family watch sims pig out because they were too late to enter the pie eating competition or bob for apples.

Feeling a bit bored by the lack of activities, Baz asks his dad to teach him how to drive. 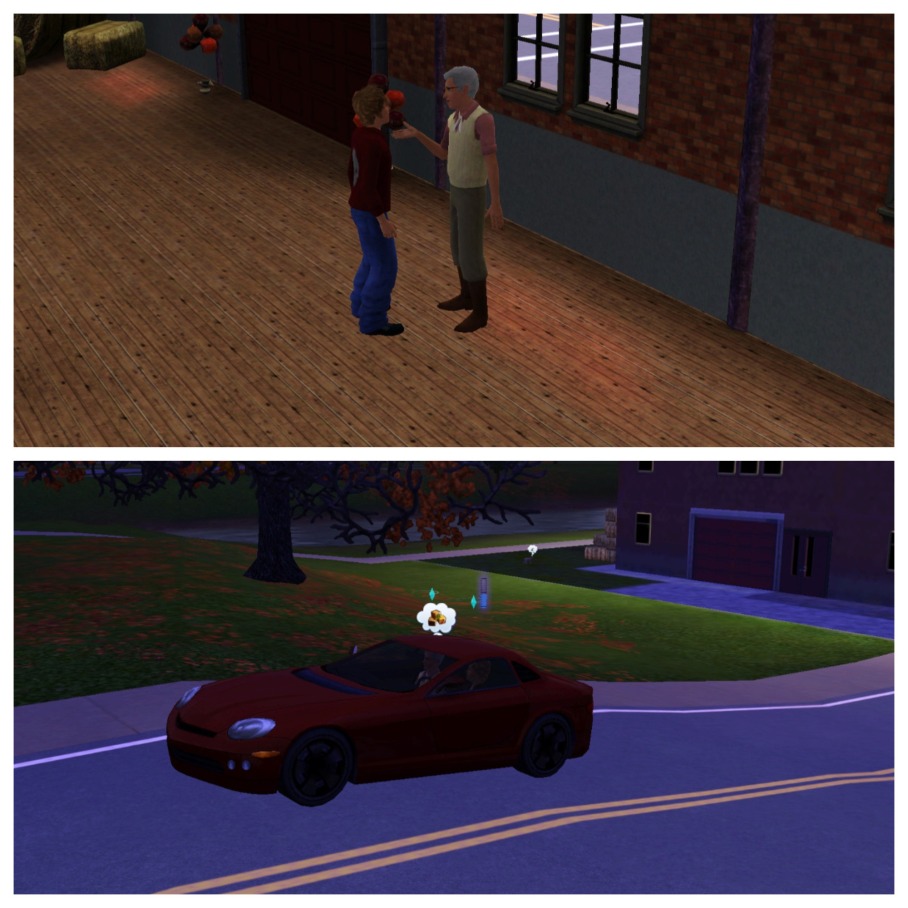 At least the family portrait was taken before they left the festival.

Addy’s Note: Sorry about the tiny pic! Enlarging this image made it blurry.

Darla likes the acoustics in this old warehouse. 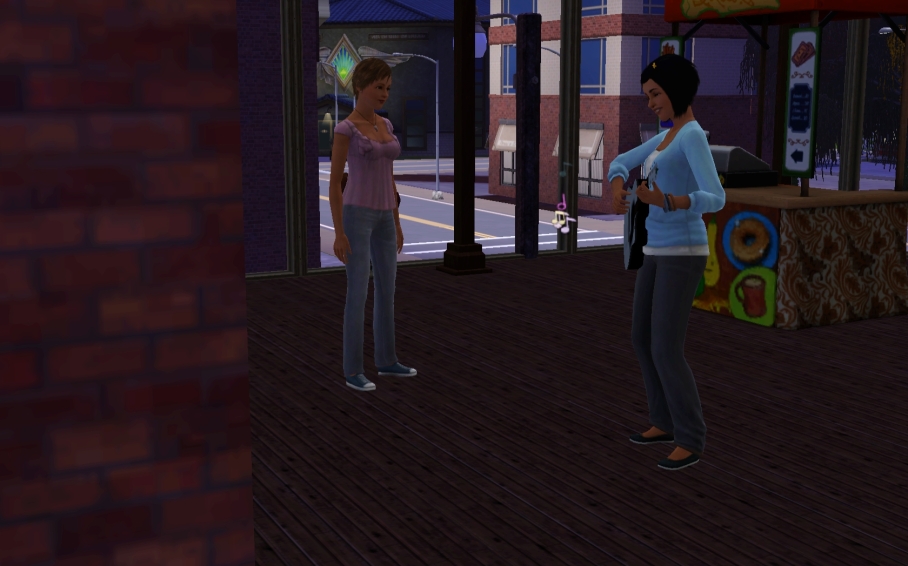 A few minutes later, a closing announcement can be heard over the loudspeaker.

Khiara takes a little longer to exit the building.

Upon exiting the building, the family encounters something sad … a death of a pet.
Farewell Cupcake. You were a cute cat.
Addy’s Note: This is the first pet death that I’ve witnessed in this game. I had no idea what to expect and took a few pictures, thinking that I could incorporate it into the story … then I realized that this might bother some SimFriends so I included a separate link for those who might be interested in reading it.
BONUS: A Cat Named Cupcake