“Hey Mom, have you got a second? I want to run something by you.”

A short while later …

Summer: “Let me see if I have this straight. Those dusty middle-Eastern looking lamps upstairs might in fact be GENIE lamps?! How many of them do we even have???” Sigh. “The thought of keeping someone confined, willingly or not, to a lamp isn’t something I’m sure any of us would support. I agree with you, son, we must set them free. Or at the very least, find them another home if they’d prefer to be lamp-bound.”

Van: “I’m glad we’re of like minds on this matter. The genie I “called forth” from the lamp, Khiara Uzaal, is interested in science and seems to be a friendly person so I was thinking that if it’s alright with you, we could offer her the use of our spare bedroom downstairs while she gets her bearings and figures out what she’d like to do with her life.”

Summer: “Science, hunh? Perhaps she’d like to help with that garden of ours. But the decision really isn’t mine to make … you’re heir and in charge, you know,” she said with a wink.

Both laughed at that last statement Summer made.

Van: “Mom, I might be heir and “in charge” as you call it, but we’re family. You’re my Mom and I value & respect your opinions on matters. You are very important to me and should have a say when it comes to making any choice that could or would affect all of us in the long run. As head of the family, I might end up having to make a decision that goes against the family grain and I’ll have to find a way to deal with that when the time comes. Until then, I’m glad knowing we’re on the same page regarding freeing Kiara and letting her live here.”

Van enters the home office, but doesn’t see Khiara. He takes a quick look all over the house and can’t find her anywhere.

Where could she have gone?

He looks down at the lamp in his hand, wondering if rubbing it will work a second time.

It does! Van is relieved to see Khiara again.

He lets her know that his wish is for her to be set free.

Khiara: “I’m so touched by your wanting to do this for me!”
Van: “It’s the least I could do. I’m sure the library might have a book that could contain some useful information …”

Khiara firmly interrupts with, “There’s no time or need to go to the library because you’ll know what to do. A thought as if from above will guide you in what to do. Good Luck!”

As soon as Khiara finishes speaking, she vanishes.

Van is “guided” to freeze the lamp. 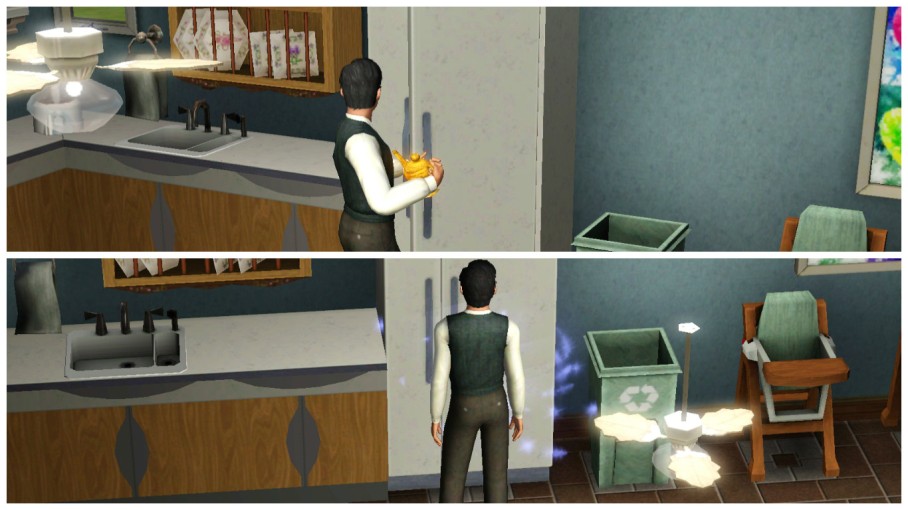 After that, Van is “guided” to heat the lamp.

Then Van gets an undeniable “urge” to take the lamp and explore the catacombs at the mausoleum.

Van saw and experienced terrible, horrible things! He persevered and was finally able to break the bond between lamp and genie.

Emerging from the catacombs a bit worse for the wear, Van decides to not speak of this “adventure” again. What happened deep within those catacombs will stay there as far as he is concerned. 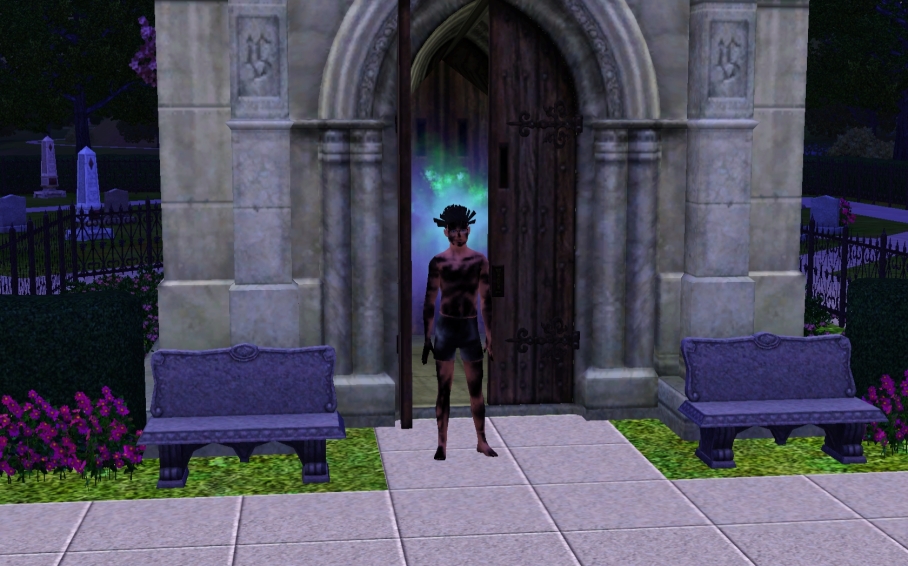 Van heads home to clean up and see if his endeavors worked. No sign of Khiara, but he knows just what to do …

A loud exclamation could then be heard.
“It’s so good to be FREE!
I’m so happy that it happened to ME!”