~ Saturday ~
Kristine begins dating Bradford Broke.
Erich is a child. He is ready for school!
Monica gracefully ages into elder.

Duncan spends the afternoon with a school friend, Isabel Ivanov.

Her gossip is amusing.

Duncan: “No way! They thought a child’s sketch of a fisherman was a piece of naïve art done by Camille Simbois? Some sims are gullible enough to buy something if they think it will impress their neighbors and co-workers!”

For some unknown reason, Duncan found himself wanting to kiss Isabel. He hasn’t made any romantic moves, but suddenly gets an urge to do something to change that.
Addy’s Note: They were autonomously chatting when Duncan got a wish to kiss her so perhaps he (via the game) was guiding the direction of their relationship.

Time to turn on the Snyder charm.

She seems to feel the same and they express mutual interest towards one another. Unfortunately, it’s time for her to head home so with a bit of holding hands, flirty smiles and gazing into eyes they part ways.

Aww. Young love can be sweet!

~ Sunday, the first day of winter ~
Katie begins dating Dylan Ivanov.
Addy’s Note: Dylan certainly gets around! He had a child with Abbie while they were dating and later became Gabby’s 2nd husband, then her widower. Maybe he prefers older women since both Gabby and Katie are elders when he begins dating them.
Wilifredo wants a second chance and asks Keli to marry him again.
Deidra and Kirk are expecting their 1st child!
Lucia transitions into teen.
Dominic enters the world of YA.
Owen ages into an elder.

Van enjoys reading and decides to spend a little time at the library, letting his fingers grab whatever book catches his eye.

It isn’t long before his thoughts turn to a subject that certainly captures his attention… Malinda. Dating a high school girl when you’ve become a young man is a little awkward, but Van is hoping her birthday will be soon.

With this thought on his mind, Van calls and invites Malinda to meet him at the library.

Imagine his surprise when he goes to greet the lovely young woman outside.

Smiling and unable to take their eyes off one another, the two head over to the Llama Memorial Stadium to see Darrell Brown in concert. His songs are often played on the indie radio station and are quite catchy.

As enjoyable as their date is, both have jobs where they must get up early (her shift starts much earlier than his!) so the young lovebirds call it a night. Wouldn’t want either of them to make a bad impression during their first day on the job.

Van decides to throw together an informal dinner and invites his boss, Locke Kidd, as well as Malinda and Isabel. 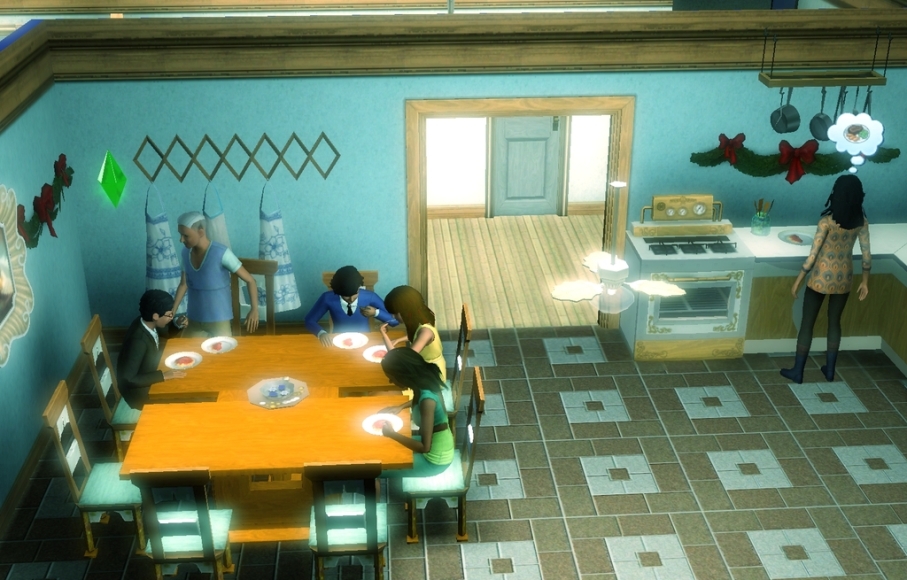 Everybody seems to like Spaghetti with Veggie Sauce and the conversations flows easily around the dinner table.

After Locke and Isabel leave, Van pulls Malinda aside and invites her to move in. She grins and gives him a big hug, then they go collect her few belongings.
Addy’s Note: Malinda has no family to call her own so I’m going with the assumption that she is an orphan and temporarily bunks with a school friend while trying to save money for her own place.

Van checks the mail after work and leaves Duncan’s letter on his dresser so he can find it when he gets home from school.

Both Van and Malinda are given books that will improve their work performance. The titles might be silly… ‘Getting Out Of The Pit’ for her and ‘Street or Sidewalk: A Cautionary Tale’ for him… but surely some valuable tips and tricks can be found within. 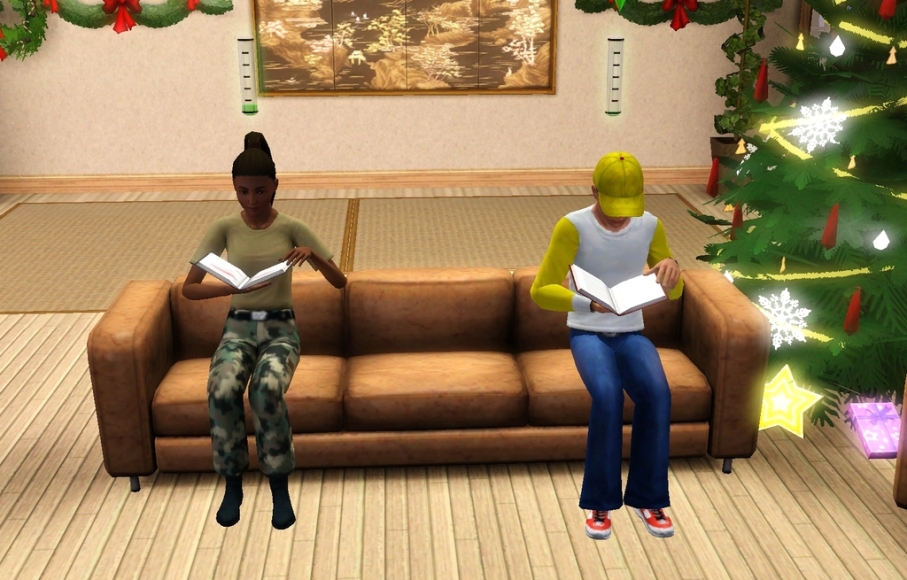 Duncan arrives home and makes a beeline for his room once he’s told that he has mail.

It’s from Isabel, letting him know that things aren’t going to work out between them and that it’s not him… it’s her.

Ouch! Well… at least she doesn’t try to string him and his heart along any more.
Addy’s Note: I can only imagine how upsetting it is when a ‘love letter’ like this arrives, but am glad this type of response is rare ~ he’s the second Snyder to receive something other than “I like you too”. This negative response went well with the various SP messages that were popping up while he was at school: Isabel flirted with Quinton and then began dating Derek Broke. Either way, she’s not the right girl for Duncan and I’m glad he found out… before asking her to prom!

Summer senses that something is bothering her youngest and takes him out to dinner. Whether she’s asked to listen & sympathize or offer comfort & words of encouragement, Summer is there for whatever her sweet boy needs.

Unaware of Duncan’s romantic U-turn, Van and Malinda decide to make the most of their evening alone.

Grabbing a bowl of popcorn and the remote, Donovan invites Malinda to cuddle with him on the couch. Malinda smiles… and promptly grabs the remote!

The movie has given Van some interesting ideas… 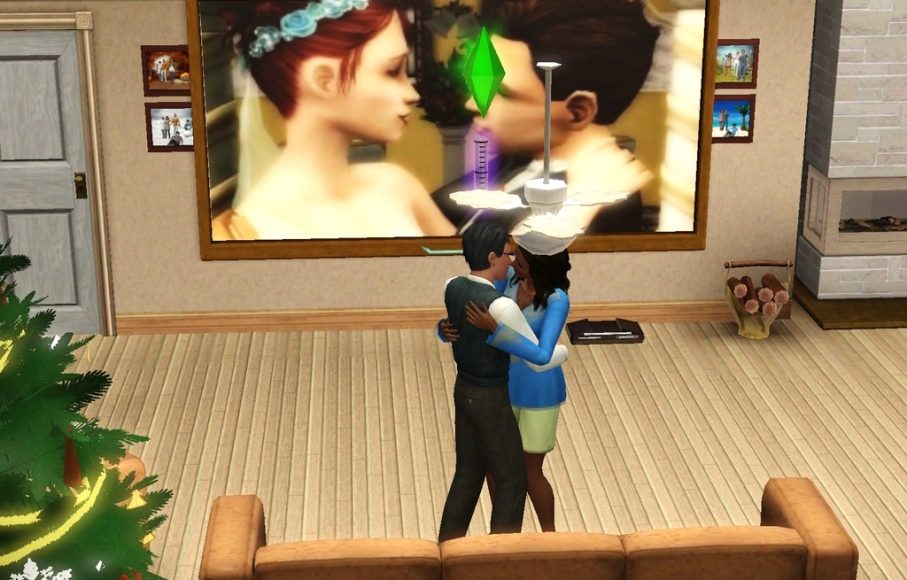 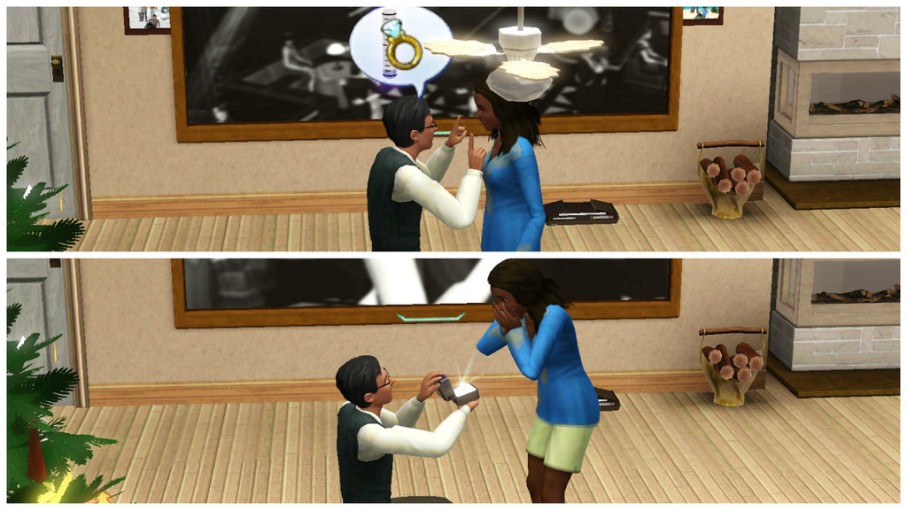 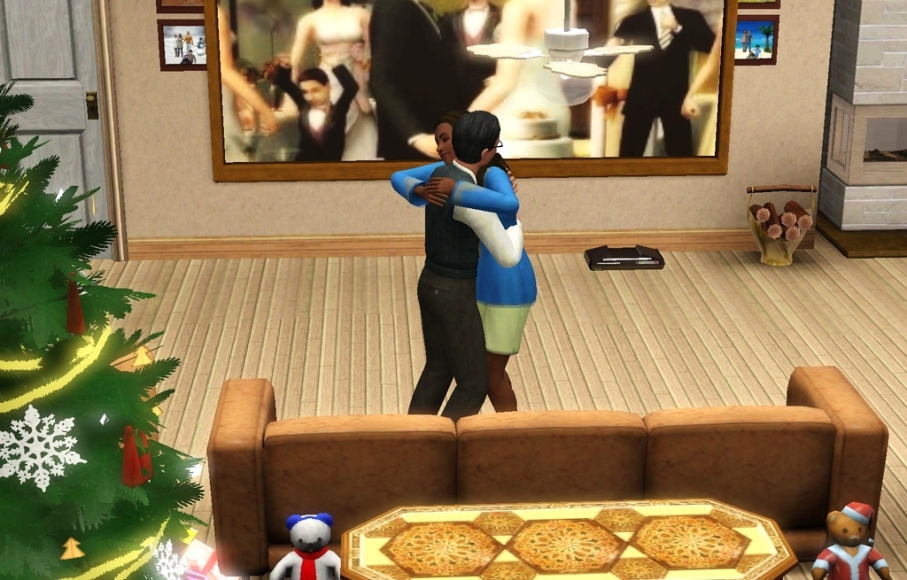 Previous: Sharing His Story
Next: Tip the ‘Fun-O-Meter’