Summer: “Thanks again for the airline tickets, Mom. I have an idea about where I’d like to go.”
Grace: “Oh…? Where?”
Summer: “Champs les Sims. It’s been years since I last saw my friend, Remy Dutiel and I’d like to see how he and the place have changed. I think Bree would like it there too!”

Addy’s Note: As many of you are aware, there can be issues when playing the game within the same world for multiple generations. The newest issue I’ve recently discovered is that my sims are now unable to go on vacations to the WA worlds… the load screen never finishes loading. A shame, but I’m determined to reach the 10th generation with this game so there will be moments where pure imagination is needed. Sorry for there being no pictures! I’m sure you can fill in the blanks and make it look pretty.

They returned home and one of the things Summer told her mom about was the humorous song she learned when Remy took Brianna and her to a local watering hole.

Grace asked them to sing it and began playing the tune on her keyboard.

Brianna smiled and mentioned that the nectar-soaked fruit was very refreshing, but they had to keep visiting the ladies as the night went along.

Summer: “The ladies! Don’t even mention that experience. My stomach churns every time I think about that crowded bathroom and how much of a slob some sims are!” 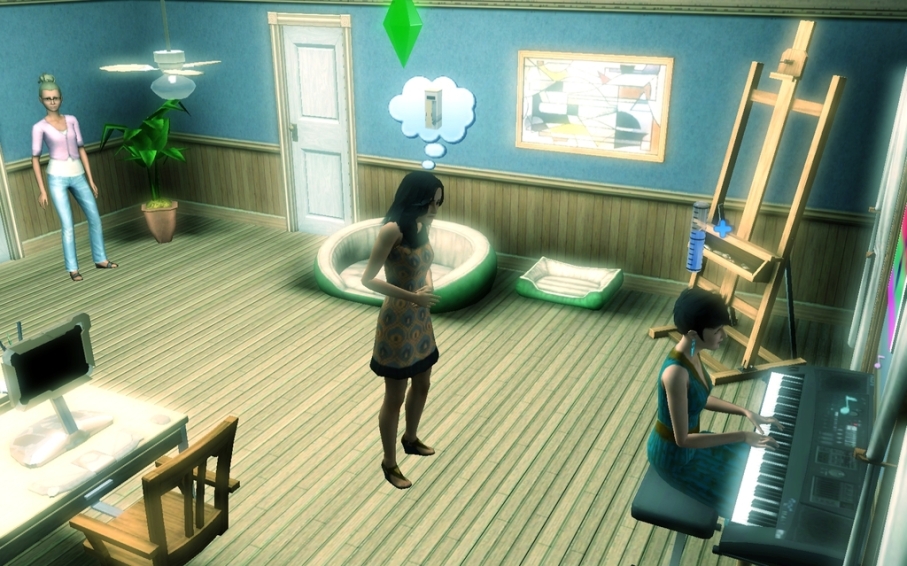 Summer: **covers her mouth as she politely burps** Oh! Excuse me.” 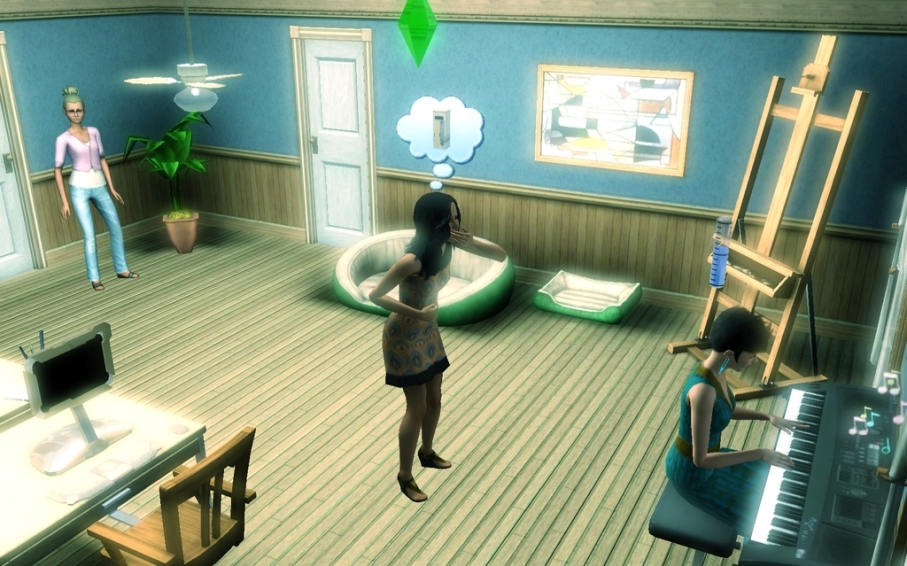 They talk late into the night about their wonderful experience. Both agreed that it was something they would never ever forget.

While they were sleeping, the ghosts and Story Progression kept things interesting!

Both Jeremey and Nichol can vouch that playing and haunting household objects is tiring work. 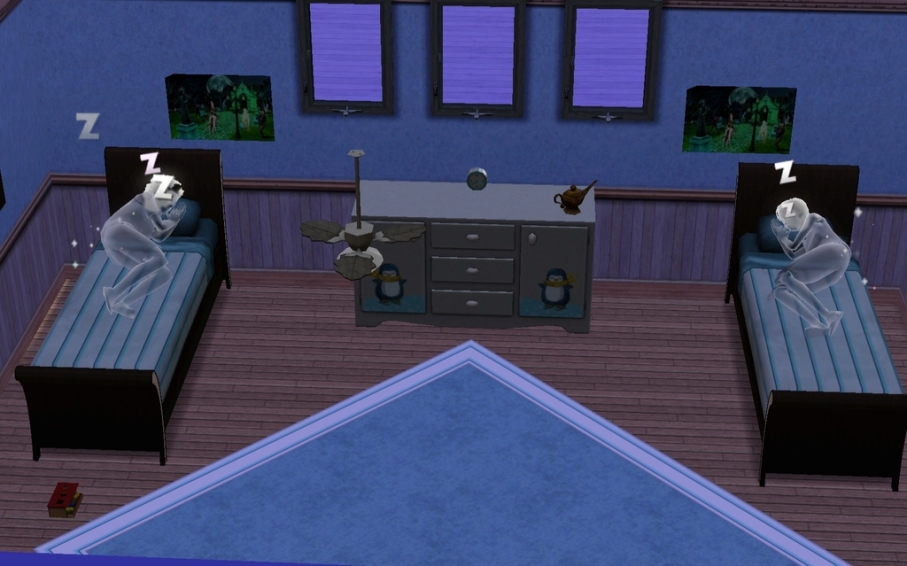 Story Progression Update:
Christen & Roderick SP-Irwin are expecting their 1st child!
Deidra SP-Newbie and Kirk SP-Bagley are dating.
Abbie SP-Dean and Dylan Ivanov are expecting their 1st child!
Eloy moved out of the home he had shared with Gina.
Shon (son of Gabby & Jeromy) is a teen… dealing with crushes, mood swings and prom!
Abbie and Dylan are fighting a lot lately & feel like they’ve become enemies… sometimes relationships can be rocky when a baby is on the way.

Summer continues to have an upset tummy the next morning. 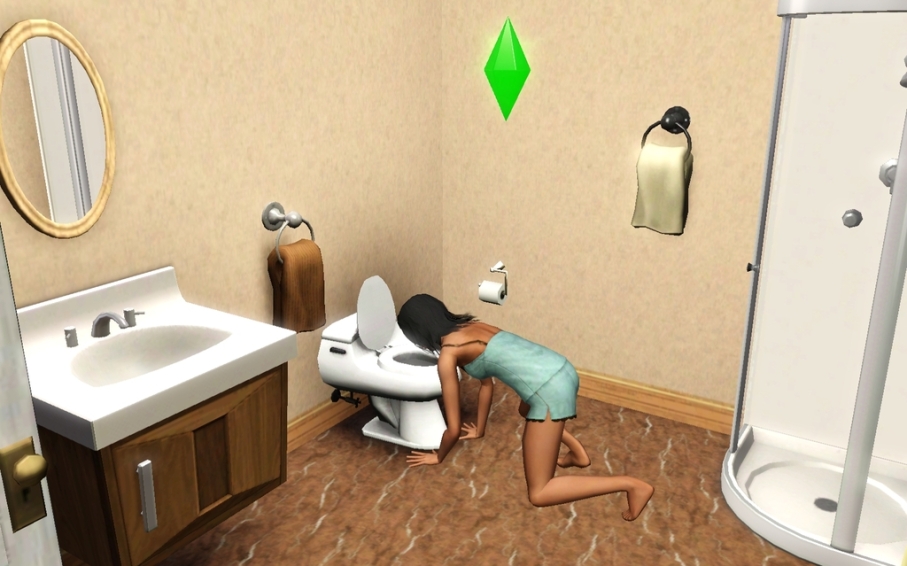 It lasted on and off throughout the day. Summer thought that perhaps she had picked up the French Flu and advises the others to steer clear of her.

It wasn’t long before Summer realizes that her French souvenir wasn’t the flu, but something that would last longer than a mere bug and be especially welcomed when the symptoms are done.

How will she tell the others? Surely they could see that she has a special glow about her.

Summer: “Brianna, As I’m sure you might have guessed… I’m pregnant!”

Brianna: “That’s wonderful news! You’ll be a good mother. Grace and I can help as much as you’d like us to.”

Summer: “Thanks, Bree! Your friendship means a lot to me and I know a baby will bring about a lot of changes around here, but I’m ready for this. Now I just have to get ready and find a way to tell Mom.”

Previous: Opportunity Knocks
Next: Tell It Like It Is