Addy’s Note: Instead of writing one huge chapter to wrap up generation 6, I decided to go with two smaller chapters so that this one can focus on Summer and the next one be about passing the heir torch to Van.

Summer might be Assistant Principal, but she can still get detention duty!

Some kids were being a little rowdy and got sent to detention. The usual teacher is out sick so Summer stayed late to watch the troublemakers. It was well worth the extra hours… the students behaved and Summer was promoted to Principal.

Not exactly sure what her secret is, but it certainly looks like the kids learned their lesson.

Story Progression Update:
Tuesday
Things aren’t going well between Isidro and his wife, Catrina.
Abbie gives birth to a baby girl, Josephine. Congratulations, Abbie & Berjes!
Beatrice (daughter of Margo & Jermey) gets engaged to Rufus Irwin.
Ramin and his wife, Dayna, seem to be having marital troubles.
Jermey (husband of Margo) gracefully ages into an elder.
Adam (son of Isidro & Catrina) enters the world of YA.
Chase (Summer’s cousin) eases from YA into adulthood.

The boys are taken on a field trip to the mausoleum in the Old Town Cemetery. 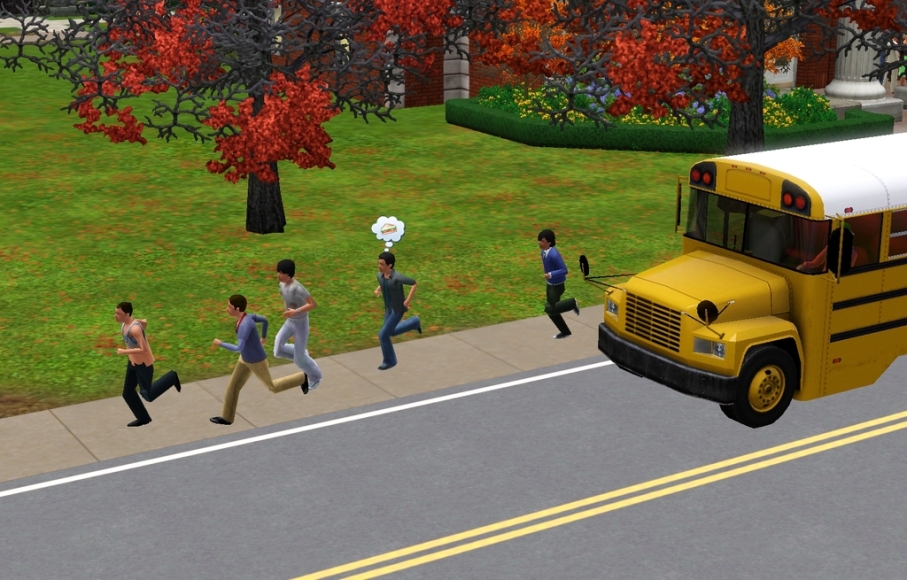 They thought it was really funny to see a ghost haunt somebody’s tombstone.

Story Progression Update:
Wednesday
Beatrice and Rufus marry. Congratulations, Mr. and Mrs. SN-Irwin!
Abbie (Berjes’ wife) eases from YA into adulthood.
Katie (Gabe’s wife) gracefully ages into elder & retires from her job.
Aja and Vince are having marital troubles.
Addy’s Note: I’ve noticed that SP seem to go in cycles where there are a lot of messages for various relationship statuses. Before it was unpopular and now it seems to be focused on generating enemies. Such drama!

Congratulations! Summer has reached the top of the education pyramid and earned the title of District Superintendent. Van ecstatically danced for joy when his mom told him the good news.

Even though her workdays are now shorter, Summer continues to spend time giving lectures and sharing her passion for learning with others. It also helps her afford the present she gave herself upon obtaining this final promotion.

I agree with her way of thinking… it is always good to reward oneself for a job well done.

Previous: A High Note
Next: Sharing His Story