Story Progression Update:
Friday
Abbie and Berjes get married. Congratulations, Mr. & Mrs. SP-Broke!
Gabe (Summer’s uncle) gracefully ages into an elder.
Maricela is dating Malik Bassett.
Addy’s Note: Reynaldo and Maricela had a short-lived marriage. They were married on Tuesday and by Friday, she moved on to “greener pastures”.
Joss (Dawn’s dad) is dating Lola Chestnut.
Abbie and Berjes are already having marital issues. That’s truly a shame.
Quinton (Ahmad & Angelique’s son) is a child. Time for school!

Change seems to be the keyword at Summer’s workplace.

Her boss, Cale Compton, has passed away. This makes two bosses (Bert and Cale) passing due to old age so it’s understandable why Summer would hope the next one is not an elder sim.

A new co-worker stopped by and Summer quickly discovered that they had things in common. Scot Dillard is also single! 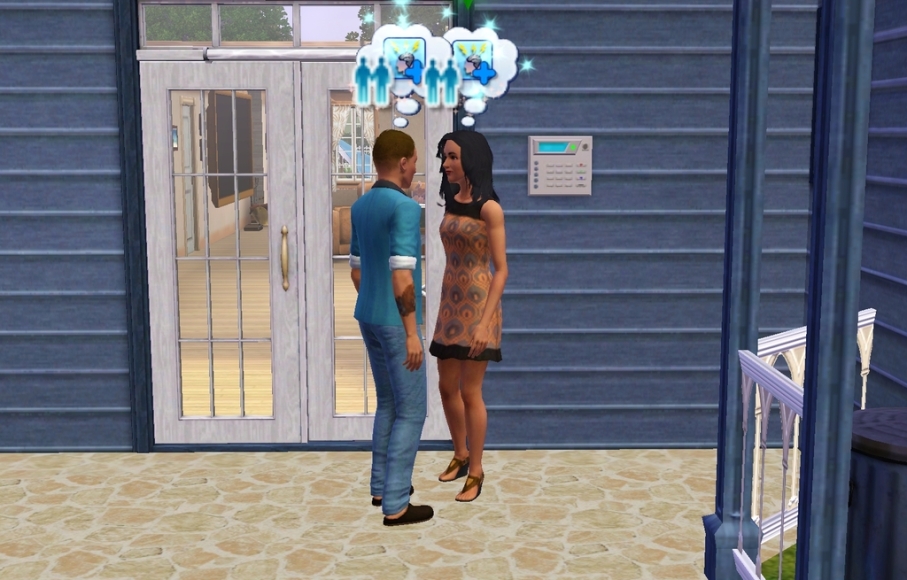 Addy’s Note: Meeting a single sim in this game is such a rarity lately so when Summer discovered that they were compatible, I cough-encouraged-cough them to get friendly with one another.

They spent a lovely afternoon together.

Wanting to continue getting to know Scot, Summer invited him to dine at the bistro. She seemed surprised to discover that the elder sim is her uncle, Gabe.

The weather is beautiful for dining outside.

It would have been best if they had dined indoors because Summer lost the friendship of Luis Newbie and got the Witnessed Betrayal moodlet (description mentions witnessing the romantic betrayal of a loved one so it appears that something happened between Luis & Gabe) … which then caused her date to end on a bad note.
Addy’s Note: I was busy observing their date & letting them decide on their own how things would go so I totally missed what was happening nearby. Rats! I admit that I was rather put out that the date ended so abruptly (I’m sure Summer was too!) and decided to see what conversation options are available when such a situation happens.

Summer then expressed sympathy for Katie to both Luis & Gabe. Luis didn’t take too kindly to it and walked away from her. Gabe listened without getting upset, but didn’t seem to care one way or the other.

Story Progression Update:
Saturday
Abbie and Berjes are expecting their 1st child.
Antoine, Abbie’s son, is going to be a big brother.
Leroy (Bree’s dog) is now an elder.

Summer was still bothered by what had happened at the bistro and decided to pay her aunt and uncle a visit. 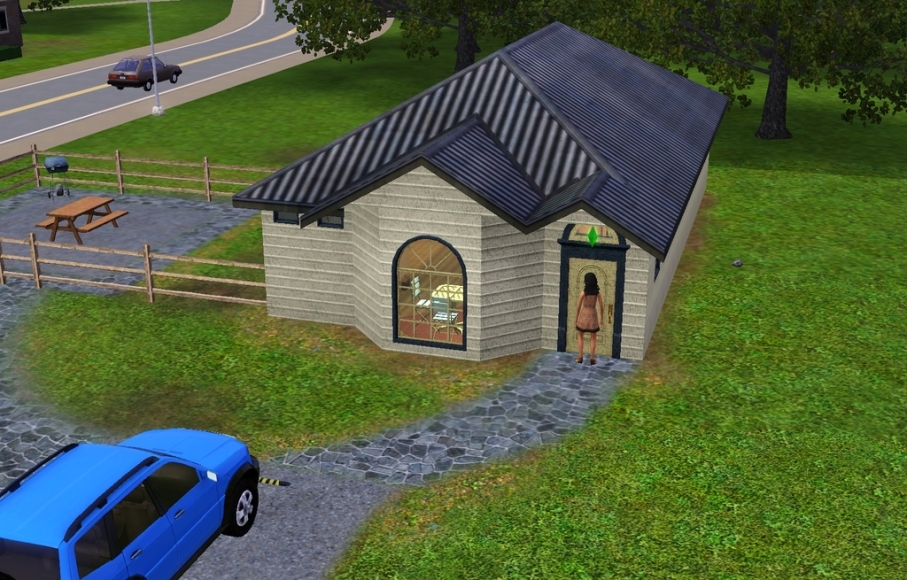 Aunt Katie still seems youthful and fun, but her good mood didn’t last long when she was being consoled.

Summer received a call and while she normally doesn’t answer when visiting others, this seemed like a good time to take a step back so it doesn’t seem like she was listening in on their conversation… although it’s easy to decipher the meaning of their gestures and facial expressions, even if one isn’t paying attention to what was being said!

This is probably a good time to take her leave so Summer quietly let herself out and headed home. She passed Ramin on his way out of her house, obviously in a hurry to get somewhere, who quickly muttered an “I’m sorry, cousin” as he sped by.

She soon realized that the television had broken during his visit and once again placed a call to the repair shop. 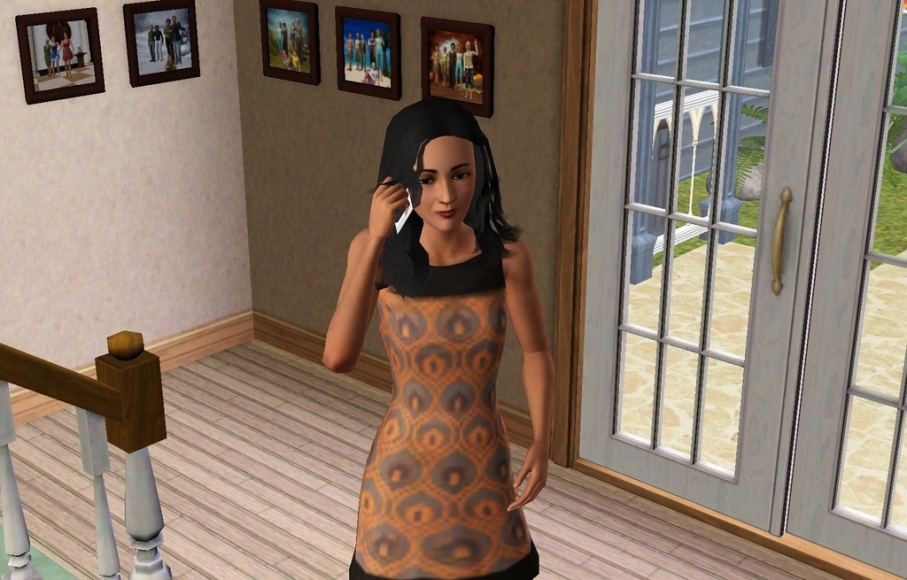 Hopefully Aunt Katie’s and Uncle Gabe’s relationship can be repaired too.

Unable to wait for the repair person, Summer let her boys know to expect them and headed over to the school to give the commencement speech.

A few deep, calming breaths and a quick perusal of her notes had Summer ready to step up to the podium. It must have gone well because former students came up afterwards and told her that it was inspirational, funny and touching. All of them would remember this day for a long time.

As she was leaving the auditorium, Summer couldn’t help but notice the flurry of activity in and out of the gym. Oh! That’s right… tonight is Prom Night. Van is probably very glad that she forgot to sign up as a chaperone.

Summer arrived home and found Malinda hanging in the backyard with the boys so she decided to join them.

Van is so excited about tonight and rushed to the limo while Malinda was putting the finishing touches on her makeup. 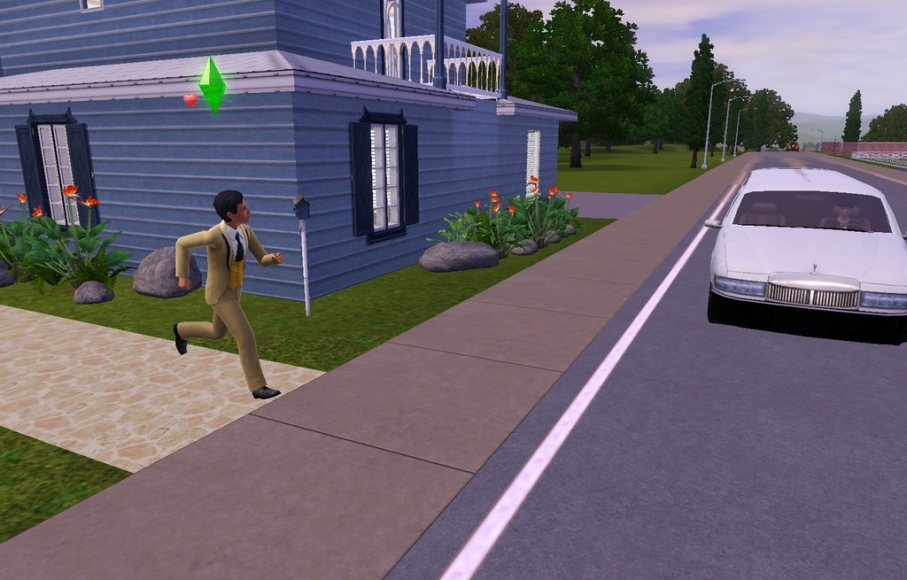 He’s quickly forgiven for not waiting as it’s rather obvious that he can’t take his eyes off her. Malinda is BEAUTIFUL in her choice of prom dress! 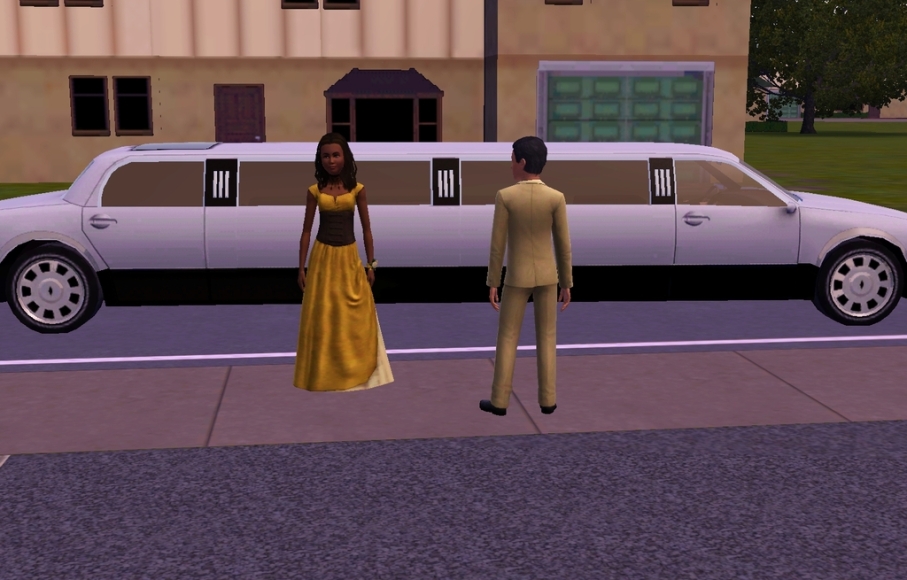 Prom Night was everything that Van hoped it would be.
Malinda and Van were the dynamic duo of the dance.
Everybody was copying their moves and checking out their styles.
He was declared Prom King!

Summer couldn’t help but chuckle when a tired, but silly grinning Van handed her his copy of the prom picture to add to the family wall.

Addy’s Note: I found it rather humorous that both dances had them using the same pose and imagined that Summer would too!

“I think that pose shows your best side,” called out a mischievous voice behind them. The sounds of feet running up the stairs amid gleeful laughter could be heard as Van gave chase to his brother and threatened him with a pillow fight.

The day ended better than it began.

Previous: Rest and Relaxation
Next: A High Note