Brianna moved in after the graduation ceremony, bringing Leroy with her.

She had seen his poster at the pet adoption center and after meeting him, couldn’t stop smiling. It was puppy love! 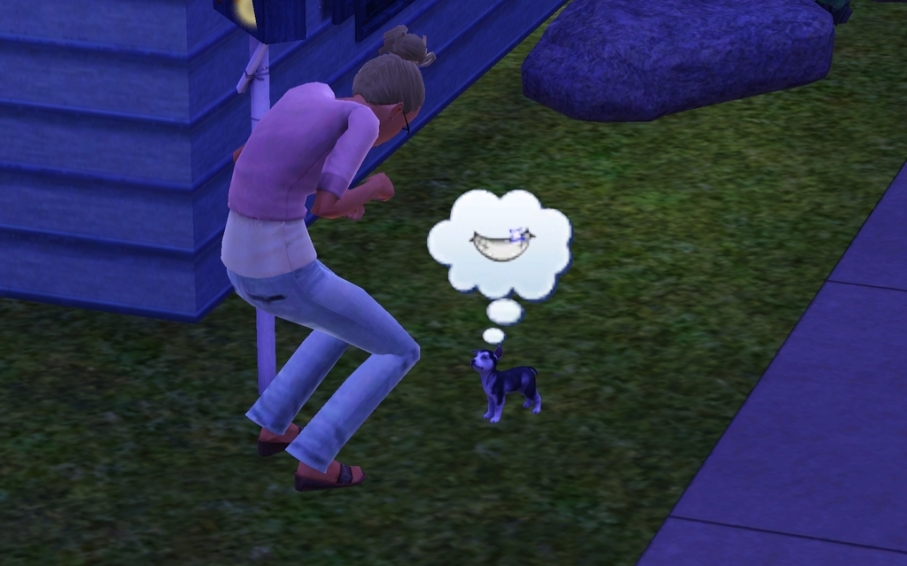 Leroy is such a playful pup.

He quickly learns to go outside when he has to piddle. Leroy isn’t much trouble at all and he’s becoming fast friends with Brianna. While he likes Grace and Summer, it is easy to see who his BFF is!

Story Progression Update:
Tuesday ~
Kirk (son of Renae) is now a teen!
Abbie (daughter of Rod and Beverly) is a YA now!

Wednesday ~
Isidro announces that Catrina is expecting their 2nd child!
Berjes (Isidro’s son by his girlfriend, Catrina) is a child, ready for school!

Thursday, Leisure Day ~
Margo gave birth to a baby girl, Beatrice. Congratulations, Margo & Jermey!
Chase (son of Gabby and Jeromy) is a YA now!
Abbie and her mom aren’t seeing eye to eye so she moved in with Dan Ivanov.
Due to overcrowding at Dan’s, Abbie then moved in with Dylan Ivanov.
Abbie’s sister, Keli, is dating Wilfredo Broke.
Jermey eases from YA into adulthood!
Katie eases from YA into adulthood!
Justina (daughter of Bobby and Caren) ages into elder, after a lifetime of memories!

As soon as Leroy transitioned from puppy to adult dog, Brianna adopted Lucy so that he could have a companion.

Brianna went to work trying to teach Leroy to sit. Grace watched for a few minutes, then called Lucy over. They’re such cute dogs and it would be nice for them to know cute tricks, too! 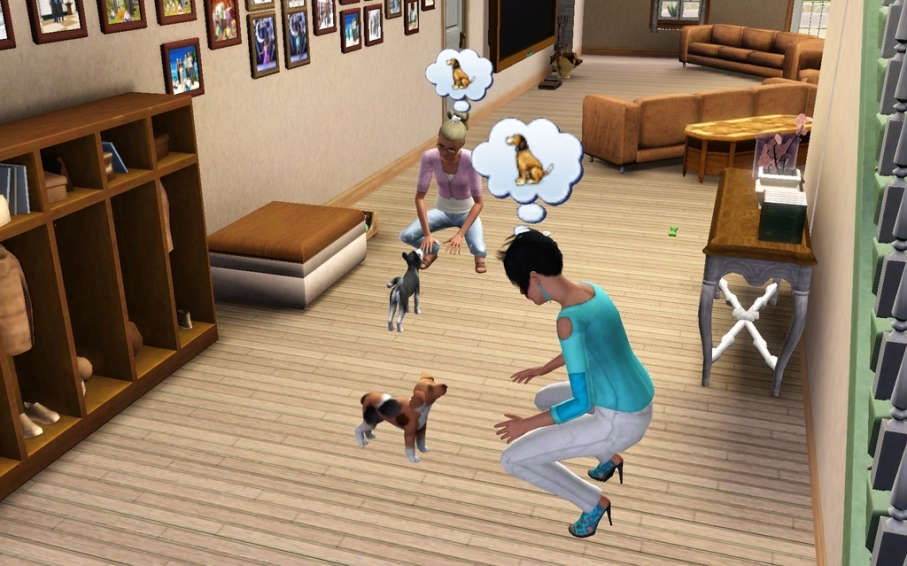 Training sure wears them out! While the dogs are napping, Grace invites the girls to go with her to the festival so that they can get their photo taken and have a bit of fun.

Brianna seemed surprised, yet pleased, to be included in the Snyder family tradition. Both Summer and Grace let her know that she was part of the memories in the making and as such would always be included.
Addy’s Note: I’m sure they worded it better than I did!

The picture turned out nice and will make a lovely addition to the family wall.

Brianna and Summer enjoyed a friendly game of water balloons while Grace enjoyed setting off the fireworks, one by one. 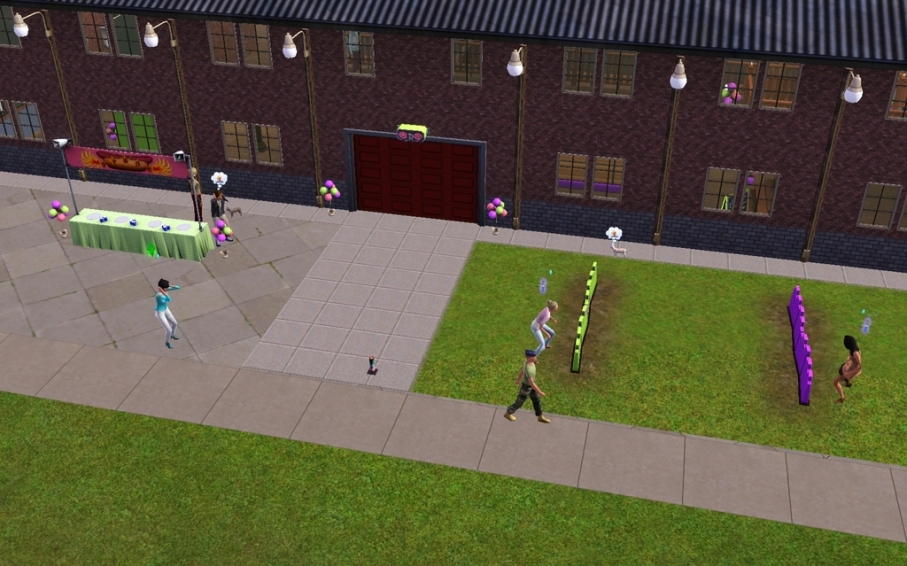 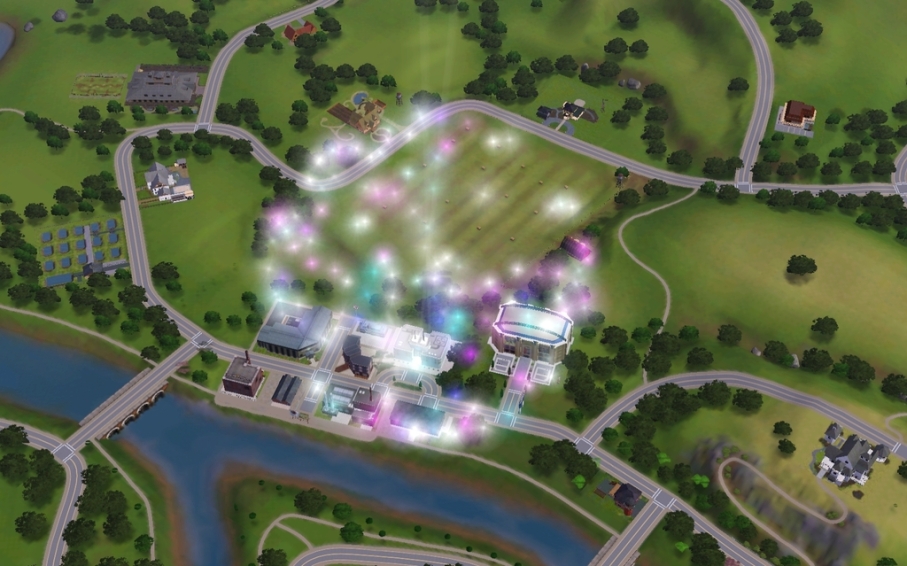 The last one was the prettiest by far!

All too soon it was time to head home and return to their routine.

Story Progression Update:
Isidro SP-Burnette asked his girlfriend, Catrina, to marry him.
Jeromy (Gabby’s husband) ages into elder, after a lifetime of memories!

Friday for the most part passed as an uneventful day at work for each of them.

Grace was busy working on new compositions for the RomCom, ‘Coffee, Tea or Me?’ a movie based on the fictional best-seller about airline attendants seeking fun and more in the friendly skies. Not quite what she wanted to be doing, but it paid the bills.

Brianna was slowing working her way up the ladder and was promoted to Blue Light Special Designator at the EverFresh Delights Supermarket. She hoped to get the attention of middle management so that she could present her plan for the produce department.

As a Teacher’s Aide, Summer was busy grading papers, catching up on filing and ordering supplies for the teachers in the Chemistry department. With her charisma and good sense of humor she was easily making friends, hoping to earn recommendations when an open position became available.

One became available, but not in the way she expected.

Summer’s co-worker, Damion Jones, passed on from old age. Summer really didn’t know him all that well, but it is still a sad sight to see. 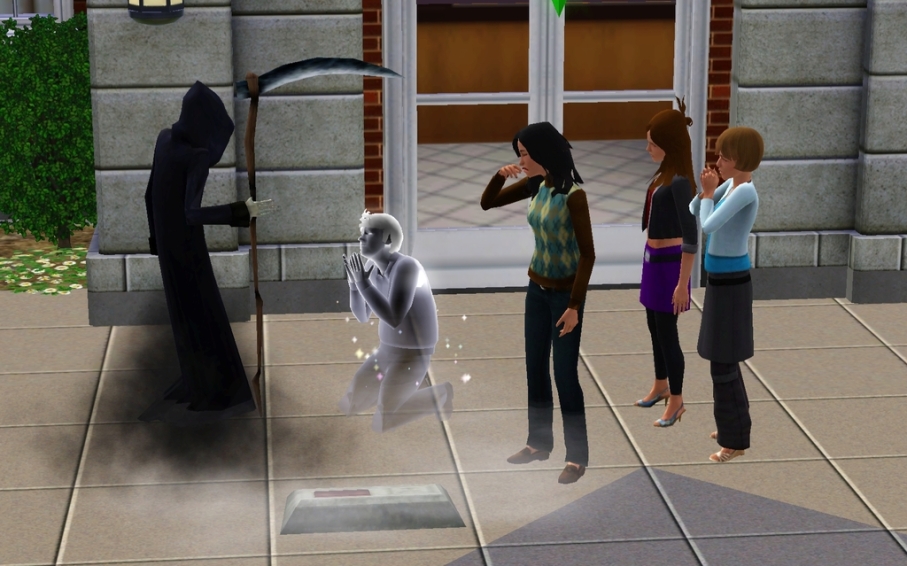 Summer arrived home to a ringing telephone. Her boss, Bert Gaskins, was calling to let her know about Mr. Jones and informed her that she would be filling in as the class’s Substitute Teacher on Monday. He and the department head had heard good things about her and would be observing her in action while they considered filling the position. He mentioned that he would keep her and the other staff members informed as to when the school would be holding a memorial service, then rang off.

Poor Mr. Jones. Rest in peace. Summer was sad, but couldn’t resist also being happy for the opportunity that has been presented to her…

Grace walked by and saw her pumping her fist in the air. She leaned against the doorway, laughing… it was so good to hear laughter in the house again. Summer shared her news and both of them looked at one another with a smirky smile and

Grace: “This is a belated graduation present, but I suppose it could also serve as a congratulation for the potential to join the teaching staff sooner rather than later. Mr. Jones’ passing or not, you would have eventually caught their attention with your dedication to the students and being a role model. Girls need to know that they can do math and science!”

“Two?”
“Yes, two. You and Brianna are going. Someone has to stay home and take care of Leroy & Lucy!”