The next morning Nate woke up early, knowing that it was time he joined his wife.

His passing on would make his family sad and while he would miss being an active part in their lives, Nate himself wasn’t sad. In fact, his heart felt as light as air at the thought of being with his beloved Kristy once more.

I’m sure that there is a quote about being old and grey but I don’t think this is what the author had in mind. Although the sparkles are a nice touch.

The Grim Reaper appeared but Nate wasn’t scared. It was time and he was ready.
Grace: “Oh, no! Daaad…” 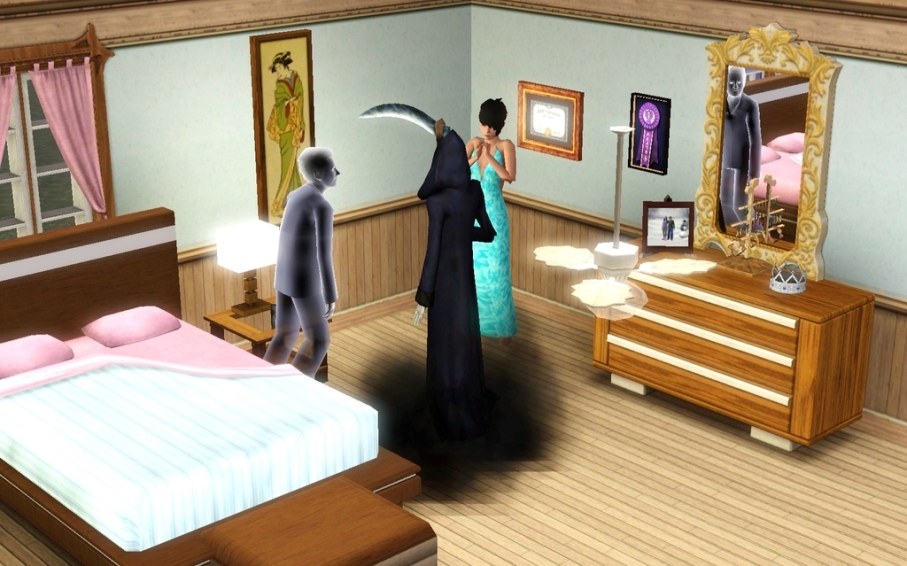 Grace’s loud cries brought the rest of the family running. 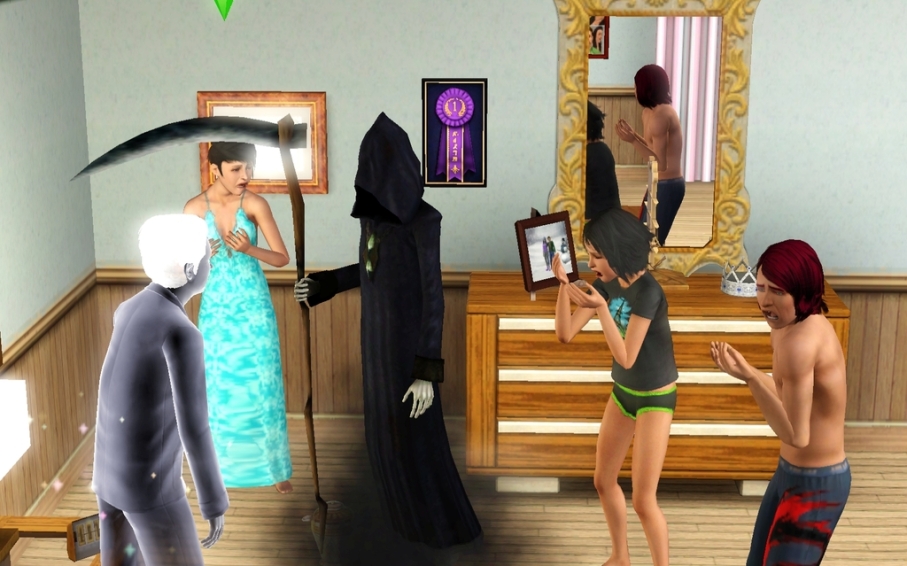 Nate felt sad to be causing them so much pain and briefly thought about begging Grim for another chance at life, but then he saw Kristy smiling and waiting patiently for him. Without any hesitation, Nate knew what he wanted to do.

Together… side by side… for eternity. True love endures all.

Even in sadness, life does indeed go on.