Summer invited Doyle Broke over, but since he doesn’t like to flirt she decided not to ask him to prom. 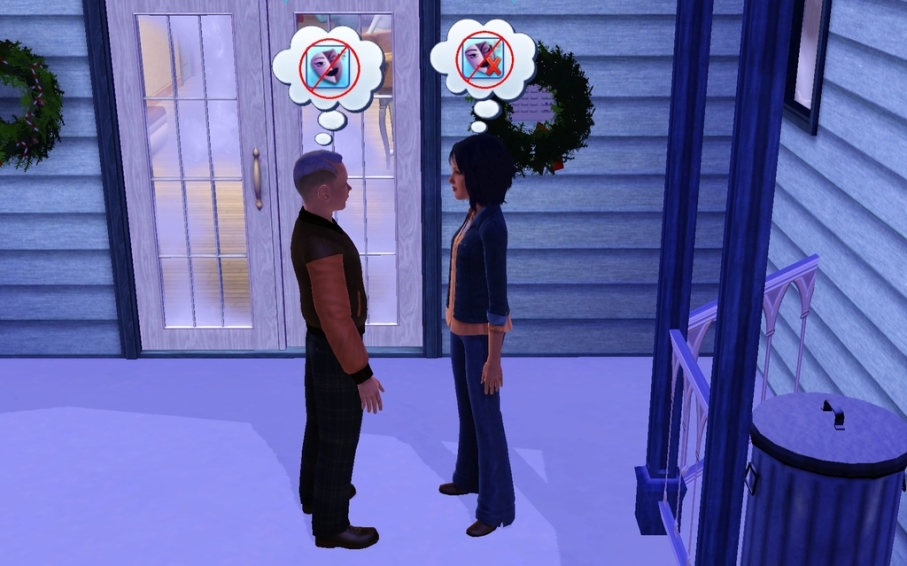 Thoughts regarding prom were quickly set aside as the chimes were heard and Summer realized that a loved one had passed on. 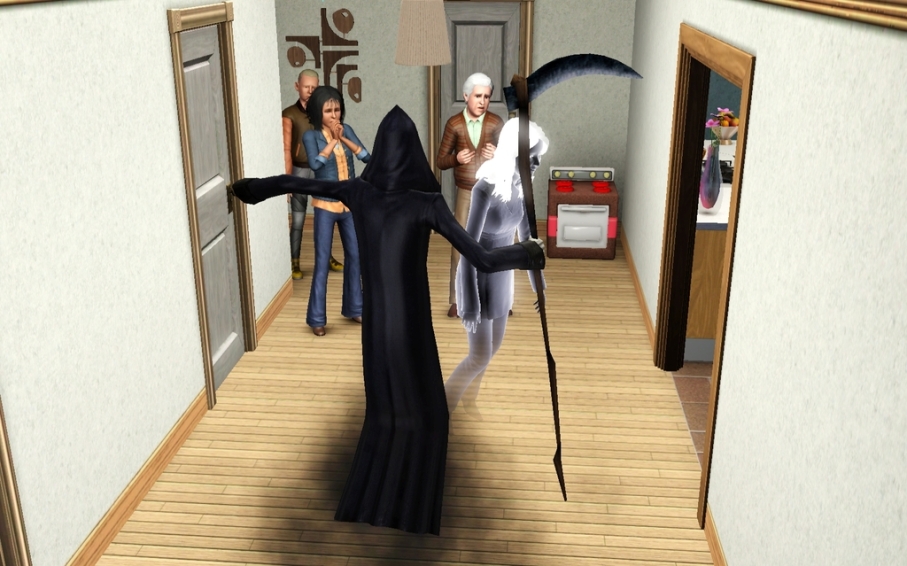 Grandpa Nate and Summer consoled one another. 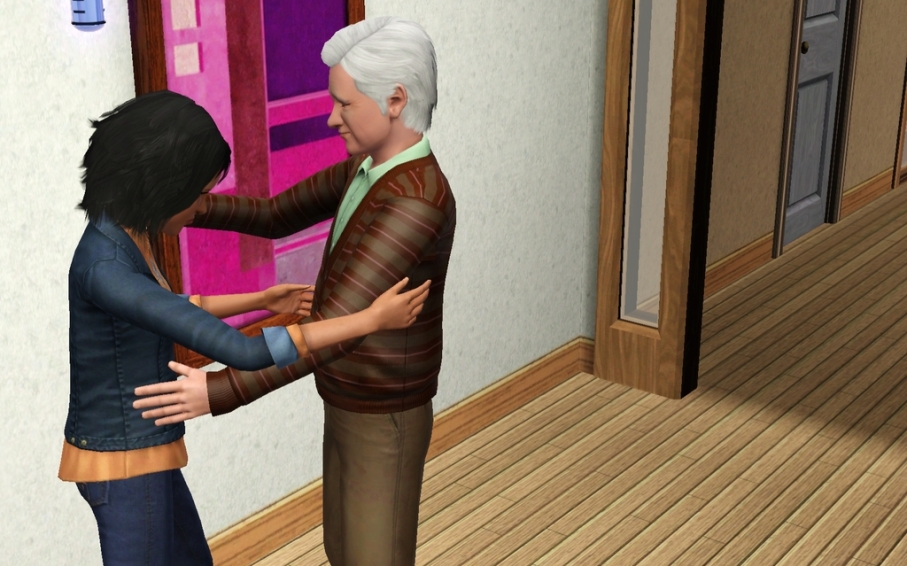 Nate managed to bring a smile to Summer’s face by letting her know that while Kristy is physically gone, she’ll never be forgotten. Her words of wisdom and wonderful cake recipes will be passed down through the generations. 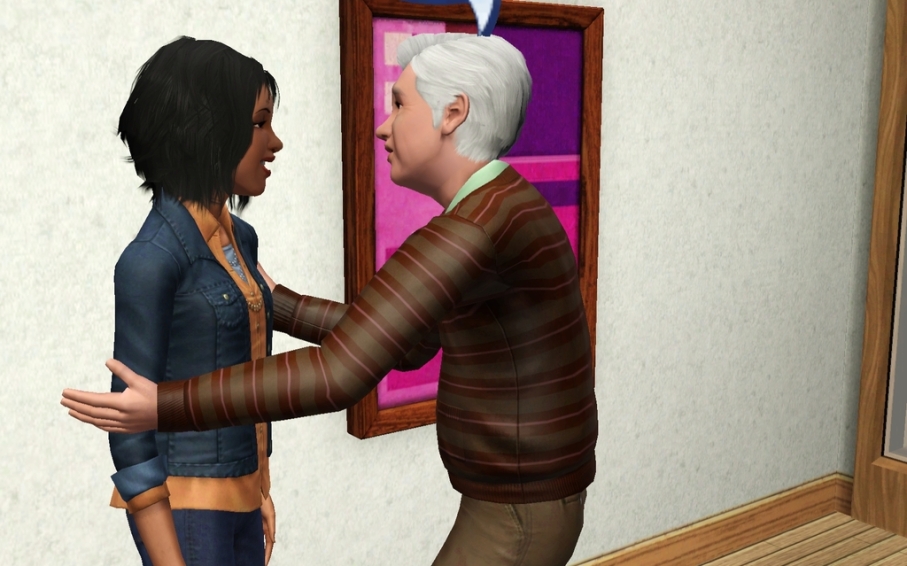 Goodbye, Kristy. You will be missed. 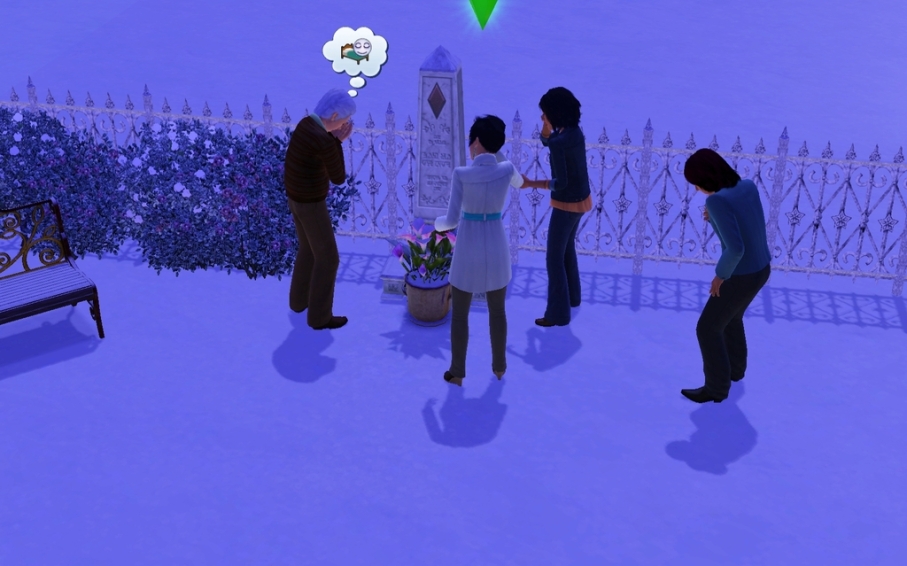 The next day was a quiet one as each Snyder remembered treasured moments with Kristy and visited her tombstone. Whispered conversations, tears and hugs happened when paths crossed but for the most part each sim spent time alone as they reflected and remembered.

With a family as large as the Snyder one is, things are always happening so the phone didn’t stay silent for long. Family members called to express their condolences but also to pass along good news…

One letter in particular seemed to make a special impression with Summer and she quickly penned a reply. 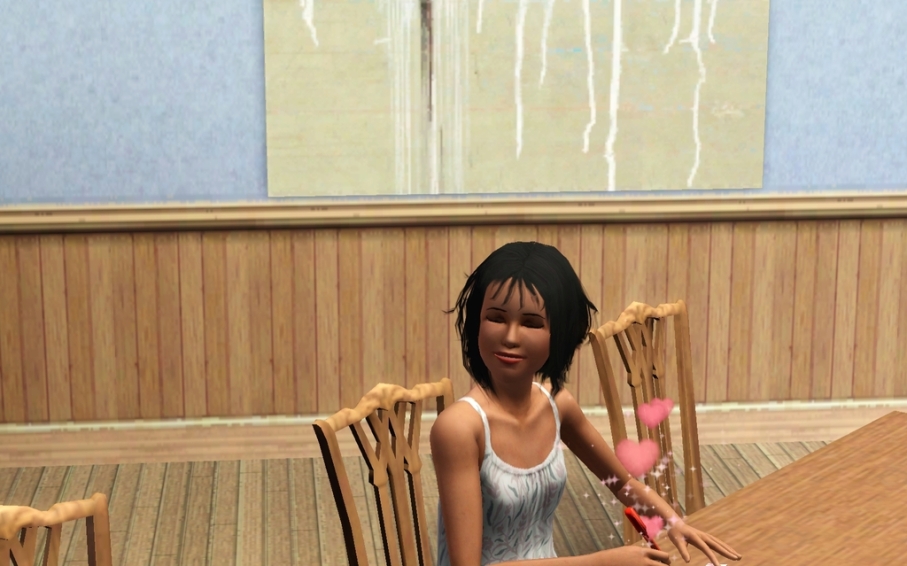 Perhaps she has found a prom date after all.

Previous: Life Goes On
Next: House to Herself