Story Progression Update:
Gonzalo Newbie, father of Margo, married Sabrina Churchill.
Beverly gave birth to a baby girl, Keli. Congratulations, Rod & Bev!
Isidro SP-Burnette celebrated a birthday and is a YA!
Sonia Snyder-Spivey passed on due to old age. Gabe is a widower.

Summer asks her dad if her friend, Joann Newbie, could spend the night. Justin replies that she can invite her friend over but Grace quickly pops her head into the room and chimes in that permission will be given after she has completed her homework.

Summer grabs her Dad by the hand and asks him to help her with her homework. Summer has never asked for help before so Justin worries that he might not understand the topic if his little genius needs help with it… little does he realize that she doesn’t need help, but just wanted to escape the Mom stare. It’s potent!

Grace hears the carpool horn and hugs her daughter goodbye.
“I’ll be home in a few hours so don’t make too much of a mess while I’m gone.”

“Not you, honey, that was directed at your father” Grace says with a smile and a wink.

Homework is done and Joann arrives. The girls play tag and have a nice pillow fight before settling down for the night.

For some unknown reason Joann walks right on past Summer’s room and chooses to sleep in the spare bedroom. Summer shrugs her shoulders and joins her friend. 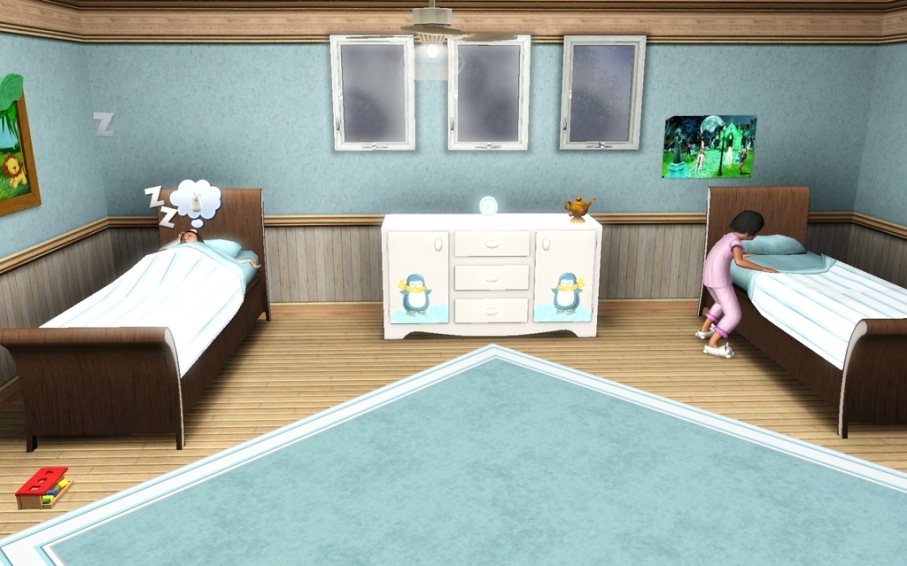 Grace gets home from work and feels the birthday magic coming on… her transition into adulthood goes quietly and quickly.

Here’s a close-up of the cuteness that was going on behind Grace.

Justin knows that promotion is right around the corner and heads off to work with a jaunty spring in his step.

He eventually arrives home and like Grace, feels the birthday magic coming on. Another smooth, quick transition into adulthood.

Justin has more to celebrate than just his birthday…
He is now a Master Thief due to having reached the pinnacle of his career.

He gets a golden fox statue in appreciation for his efforts on behalf of the Outstanding Citizens Warehouse Corporation.

Life is good for the Snyder family.