The next morning Nate called home and talked to his other children. Gina asked if they were going to visit the Nectary and sample their wares. 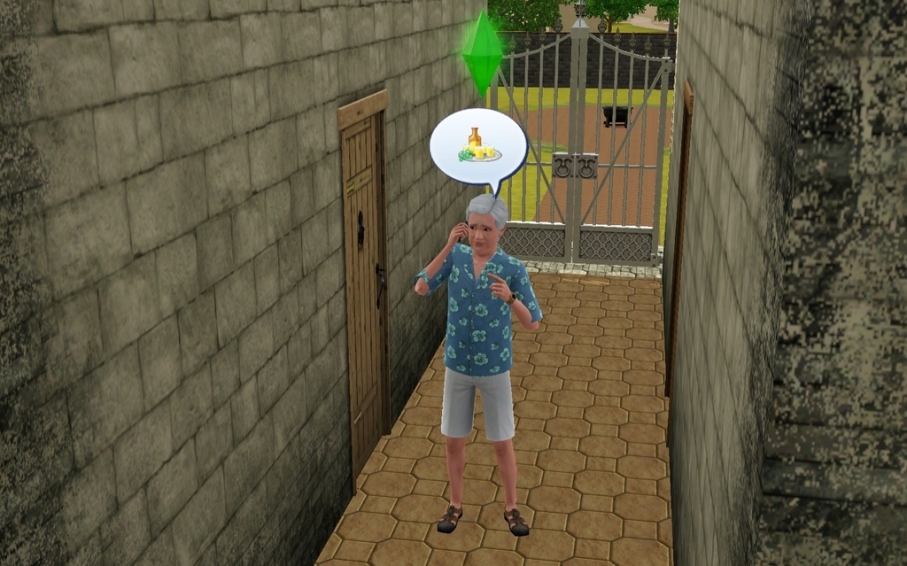 “Keep up, Dad! Gram and Gramps are way ahead of us. Who knew they could go so fast on those scooters?”

Grace thought the Raspberry Renoit Grapes nectar sounded intriguing and brought a glass to Justin. Neither seemed to have a strong opinion one way or the other.

Nate talked to the nectar merchant about making nectar and received the recipe for French Apple ~ 5 apples & 5 renoit grapes.

After gathering the ingredients from the orchard, he handed a basket of fruit to Kristy and said, “Let’s show those young whippersnappers that we’ve still got a few moves left in us.” 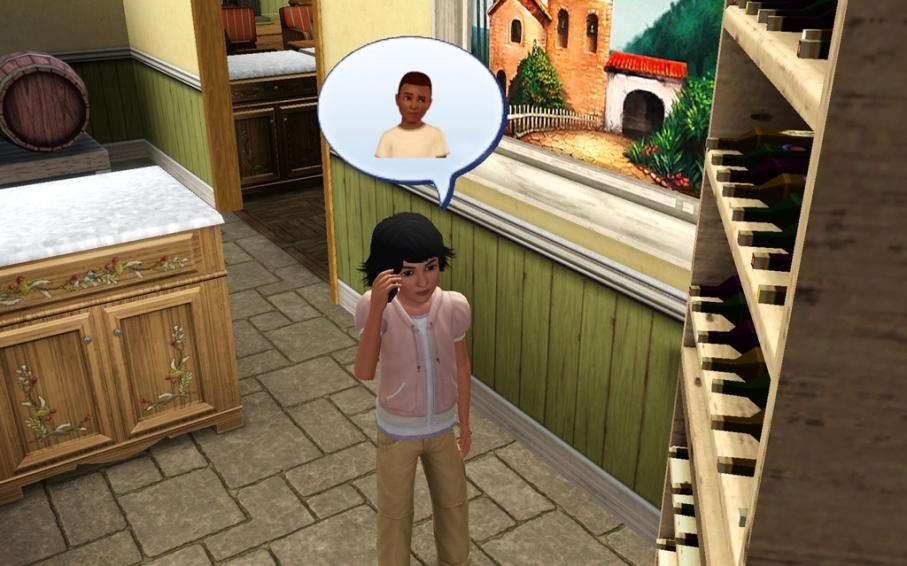 Speaking of food, Kristy made a nice Ratatouille for dinner.

Things were going well until Kristy brought up Justin’s career…

Kristy: “We could lose the house and end up sleeping on park benches!”
Nate joked, “Well, we could then paint some pretty landscapes.”
Justin groaned, “Ugh. What does she want me to do? A 9 to 5 job behind some boring old computer just isn’t my thing.” 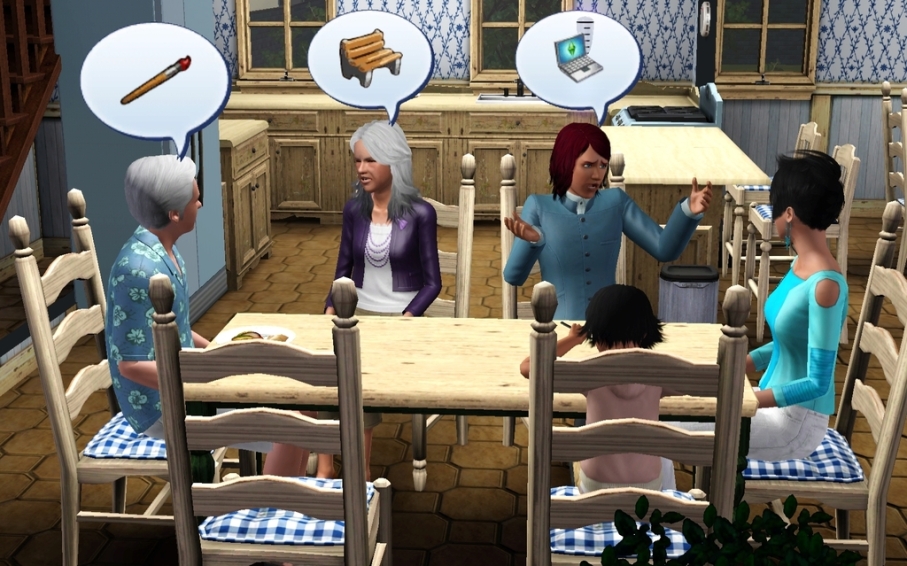 Grace: “All right you two. That’s enough. Time to take it outside. Let’s go!”
Everyone was a bit surprised by Grace’s statement and followed her outside.

Everyone enjoyed the music and fireside chat, staying up way later than they should. Eventually… happy, but tired sims staggered off to bed.

So deep was their slumber that Marcelle Goncalves challenging An Zhi-Hong to a pillow fight wasn’t enough to rouse either Nate or Kristy from their pleasant dreams. 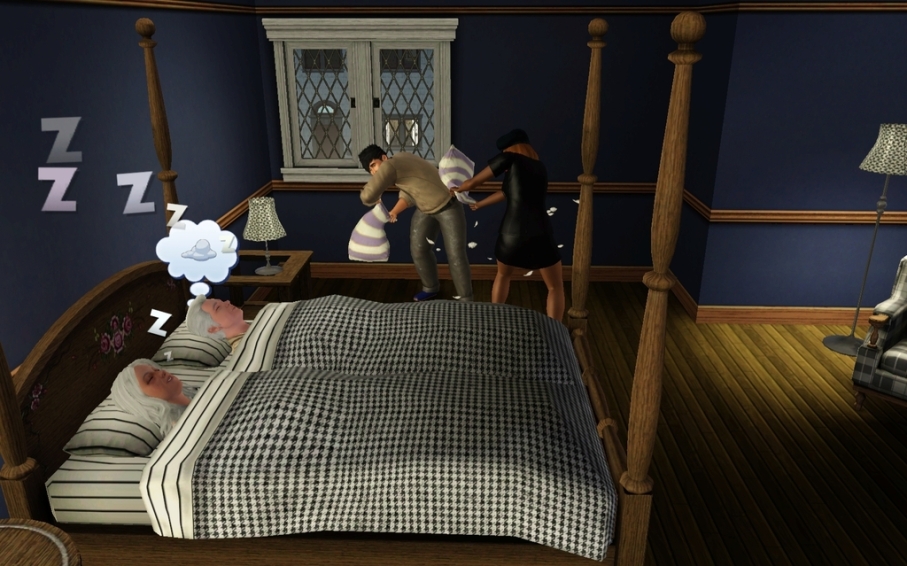