Now that Summer is old enough to travel, Nate and Kristy decided that it was a good time as any to take a family vacation and surprised the rest of their family with plane tickets.

Time to see what France has to offer!

Everybody agreed that the French toast tasted amazing. Summer seemed surprised that she ate such a large portion. 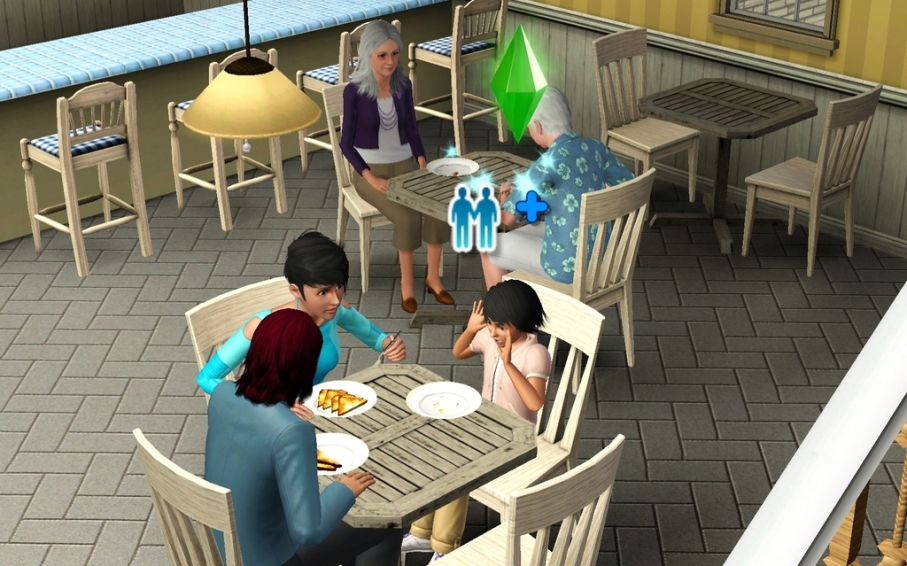 Lea Dutiel the food merchant seemed concerned about something so Kristy tried to bring a smile to her face.

It turns out that she is worried about her son Remy since she works long hours and her husband is an explorer who is often away from home.
Addy’s Note: Upon returning home, I noticed that Gaston spent a good bit of time visiting Riverview.

Kristy asked if she could take Summer over for a playdate and Lea seemed pleased by her offer.

Kristy and Gaston spent a pleasant afternoon chatting about their families.

Summer and Remy hit it off as only kids can. 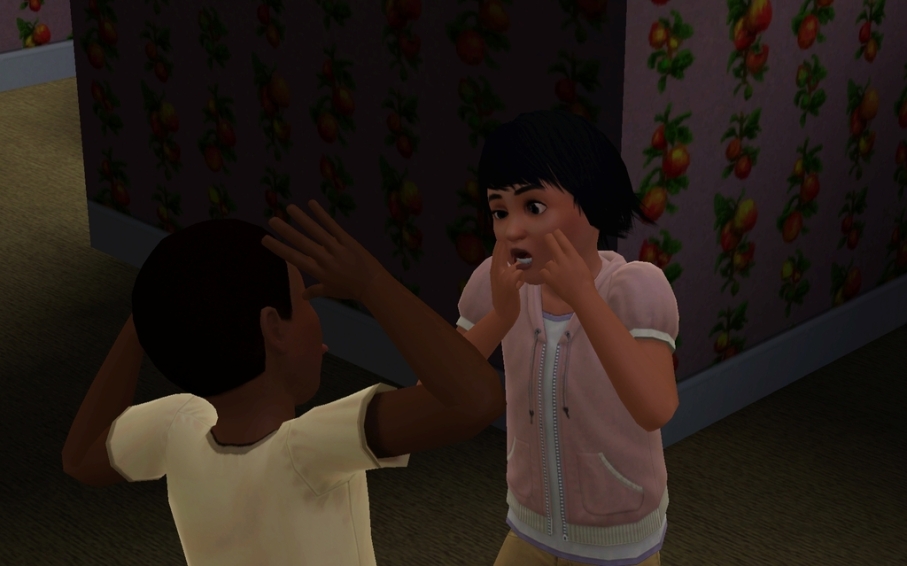 Grace wanted to play her guitar in the park and noticed that Nate wished he could jam with her, but had left his drums at home.

“No problem, Dad. I have my backup. Come join me!”

Later that afternoon, the family met up at the park…

Justin thought chess would make for a fun father and daughter sort of thing and decided to teach Summer how to play.

Summer taught her dad a thing or two as she called out checkmate on their 2nd game. 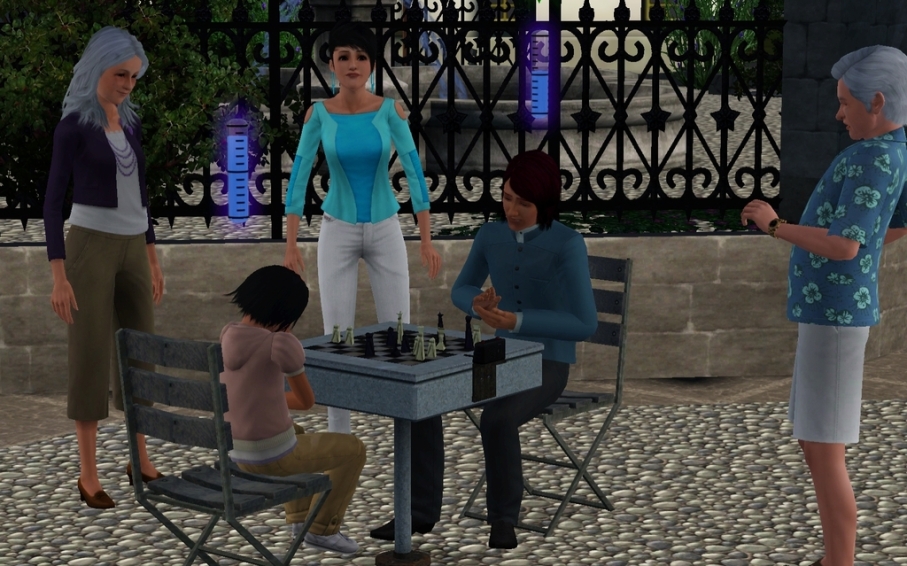 Previous: You Have My Vote!
Next: French Fun – part two