The day after the triplet’s birthday is Snowflake Day. It is a day meant to be spent with loved ones, having fun.

Nate loves the drum set that he received from AlphaFen. 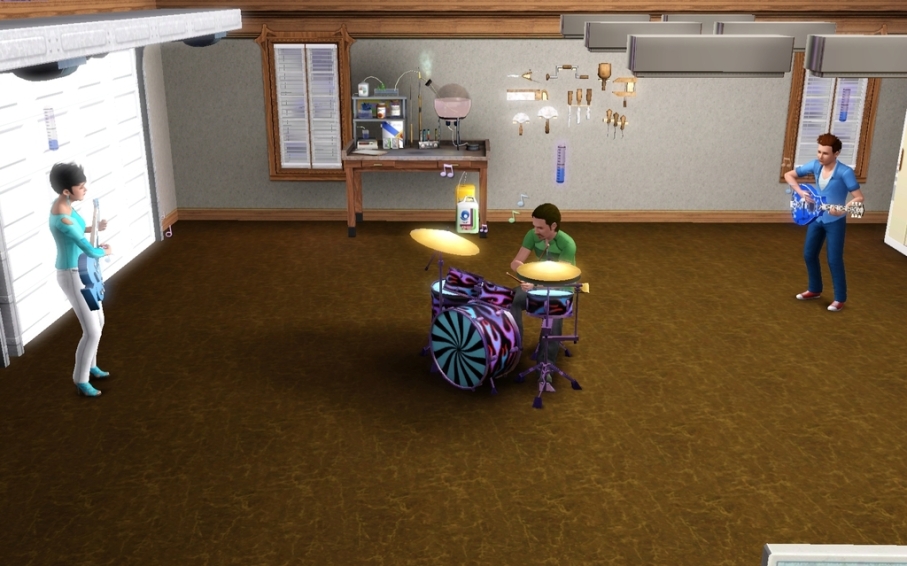 City Hall appears to be closed for the holiday and the notice board doesn’t mention a date for graduation so the family stops by the Winter Festival for their family photo. 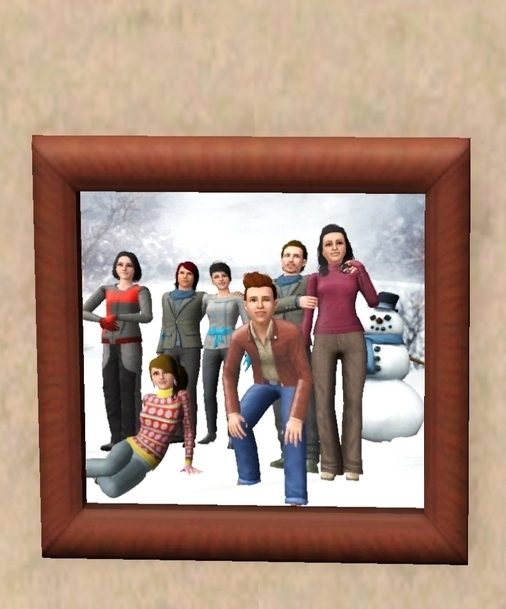 Nate invited Cousin Bobby & family plus Aunt Rosie to join them for festivities.

Gina instead opted for talking to friends such as Athena Lessen.

The fun came to an abrupt stop when Bobby passed on.

Grace seemed stunned and Gabe worried that his snowball hit too hard, but was reassured that it was old age and not his snowball that was the cause of death.

Gina as usual brooded over the hollowness of life because a rocket would eventually crash into the sun and end all SimLife as we know it.

Notice the grim snowman? That was built by Kristy and Rosie while Gina was on the phone.

Sims went home and the evening was spent phoning various family members and friends to tell them the sad news.

While the Snyder family sleeps, Jeremey and Reiley keep a silent vigil. 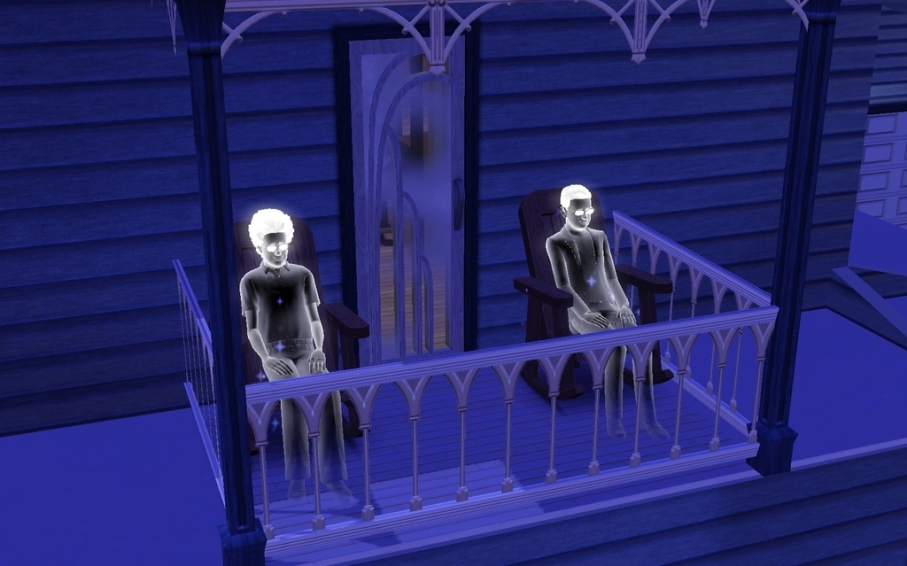 Goodbye Cousin Bobby and Aunt Rosie. You are going to be missed.

Addy’s Note: Sorry to be ending this on such a somber note, but the next set of pictures takes this story to a different point and I didn’t want a long post with different trains of thought vying for the “spotlight”.

Previous: Birthday Vibe
Next: Music to Your Ears